Tunisia.. The Ennahda movement admits its responsibility for the deteriorating situation... 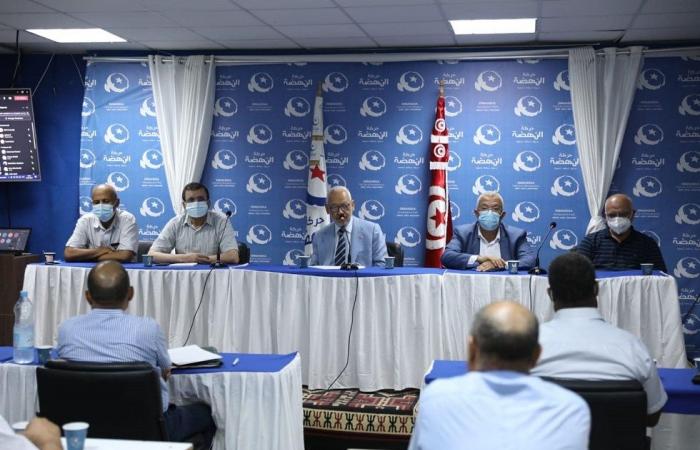 The Tunisian Ennahda movement acknowledged its responsibility for the country’s circumstances, in addition to what it called the parties who ruled with it according to its size in participating in ruling and managing the country.

The movement added that it understands the anger of the Tunisian street and is ready for a serious and objective evaluation and deep revisions during its next conference in order to achieve renewal in the vision and programs and open horizons for young people to develop the movement.

She pointed out that Rashid Ghannouchi, head of the movement, supervised the last meeting of the executive office running the business before announcing the formation of the new office soon, adding that the meeting witnessed deliberations on national affairs and follow-up on the latest developments in the country.

On July 25, Tunisian President Kais Saied froze the House of Representatives, which was controlled by the Ennahda movement, in addition to dismissing Prime Minister Hisham Al-Mashishi, in light of a political crisis that reached a dead end.

Saeed stressed that his decisions were in line with the country’s constitution in light of the dangers the state is exposed to and after the deterioration of the political, economic and health conditions.

These were the details of the news Tunisia.. The Ennahda movement admits its responsibility for the deteriorating situation... for this day. We hope that we have succeeded by giving you the full details and information. To follow all our news, you can subscribe to the alerts system or to one of our different systems to provide you with all that is new.