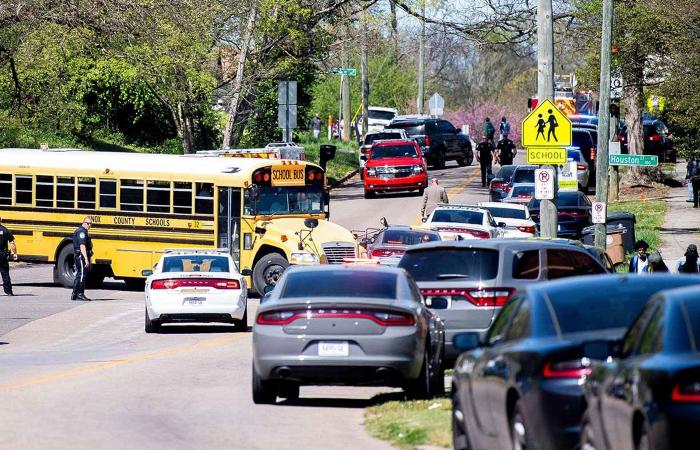 A student was shot dead in a shooting that occurred Wednesday at his high school in North Carolina, the state police in the southern United States announced.

Katrina Thompson, the police chief for the city of Winston-Salem, said during a press conference that security forces rushed at noon to Mount Tabor High School, where they found a student with bullet wounds.

She added, with tears in her eyes, that the wounded man was subsequently taken to the hospital, but soon “died of his wounds.”

The police chief did not reveal the name of the dead man or his age.

As for the suspect in the shooting, who local media said was also a student in the same high school, he was placed in pretrial detention in the afternoon.

State Governor Roy Cooper was quick to express his regret for what happened.

“For the second time this week, there has been a school shooting in North Carolina,” Cooper said in a statement on Twitter.

“We have to work to ensure the safety of students and teachers, and keep guns out of schools,” he added.

After students in the United States spent the bulk of their last school year at home, following their lessons remotely due to the Covid-19 pandemic, fears were renewed this week, with the start of the new school year, of a series of shootings in schools, a real disaster in American society.

In evidence of this continuing danger, this is the second shooting to occur at a high school in North Carolina this week.

These incidents, which are covered by the local media, rarely find their way into the national media, except for those that claim a large number of fatalities, as happened at a high school in Parkland, Florida in February 2018, when 17 people were shot dead by an expelled high school student.

These were the details of the news Student killed in US high school shooting for this day. We hope that we have succeeded by giving you the full details and information. To follow all our news, you can subscribe to the alerts system or to one of our different systems to provide you with all that is new.