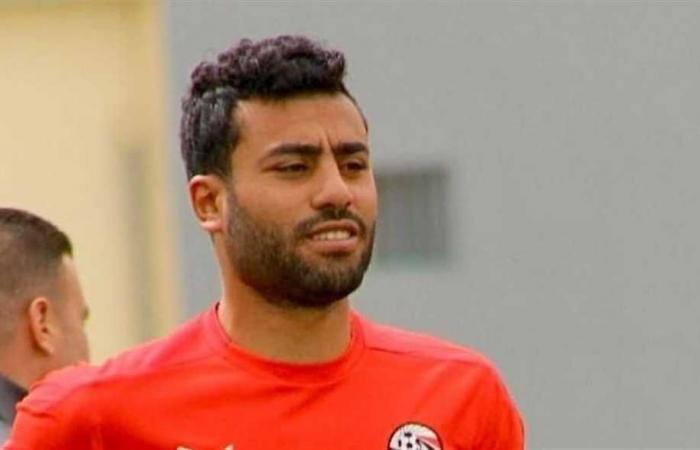 Hossam Hassan, the striker of Smouha club, is very close to moving to Al-Ahly.

A source from Smouha Club said in statements toFilGoal.comHossam Hassan will move to Al-Ahly for 25 million pounds, and Fahd Jumaa and Ahmed Ramadan (Beckham) are borrowed.

He added, “The dispute is over whether the financial compensation for the loan will be deducted from the deal or not.”

He continued, “Ahmed Abdel Qader will not be part of the deal. The player is waiting for Mosimane’s decision. If he agrees to loan him, the priority will be for Smouha.”

Hossam Hassan moved from Smouha to Al-Ahly Tripoli during the January transfer window.

The 27-year-old participated with Smouha this season in 15 matches before his move. He scored 9 goals.

It is noteworthy that Al-Ahly announced the inclusion of three deals today, Thursday, officially. Louis Mickison from Simba, Karim Fouad from Enppi, and Percy Tau from Brighton, England.

These were the details of the news FilGoal | News | A source from Smouha reveals... for this day. We hope that we have succeeded by giving you the full details and information. To follow all our news, you can subscribe to the alerts system or to one of our different systems to provide you with all that is new.