After Western warnings of a “terrorist threat”… Dozens of dead and... 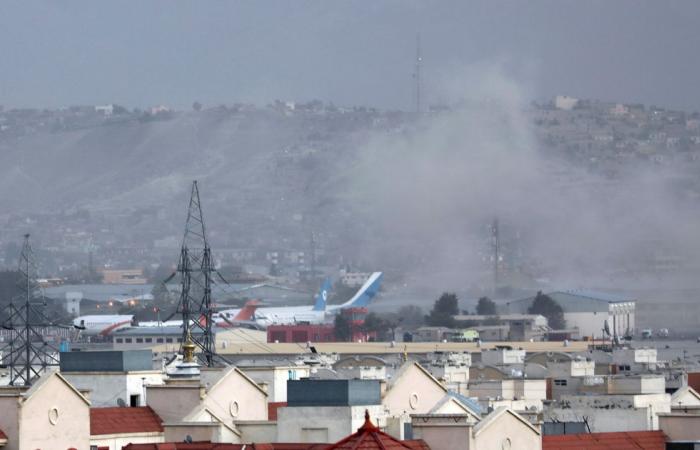 At least 13 people were killed and dozens of others were injured in two explosions that rocked Kabul International Airport, one of which targeted a camp for British forces at the airport, and media outlets confirmed that among the wounded were American soldiers.

Al-Jazeera correspondent Hamidullah Muhammad Shah, quoting a source from the Taliban, said that the first explosion was a “suicide bombing” that took place near a camp for British forces where Afghans wishing to leave were gathered.

Warning about approaching the airport

Reuters news agency quoted a Taliban security source as saying that at least 13 people were killed in the two explosions, including children, and a number of the movement’s security forces were wounded.

In turn, a source in the US Department of Defense (Pentagon) confirmed that one of the explosions occurred near the Abi Gate at Kabul Airport, and resulted in an unknown number of victims.

“We can confirm that there was an explosion in the vicinity of Kabul airport,” said US Defense Department spokesman John Kirby, pointing out that no accurate information is available at the moment about casualties.

The US State Department called on its citizens to avoid going to Kabul Airport and to stay away from its gates for the time being.

As for the Turkish Ministry of Defense, it said that two separate explosions occurred outside Kabul airport, and did not result in damage and losses in the ranks of the Turkish forces.

In turn, the media office of the British Ministry of Defense announced that the ministry is working urgently to find out what happened in Kabul and the extent of its impact on the ongoing evacuation efforts at the airport for days.

The office added that the top priority now was to secure the safety of British soldiers and citizens in Kabul.

Fox News said that at least 3 American soldiers were wounded in one of the explosions, and Afghan media reported that the first explosion in the vicinity of Kabul Airport was likely caused by a car bomb.

Axios website, in turn, mentioned that US President Joe Biden is holding a meeting with his national security team to discuss the dimensions of the two bombings near Kabul Airport.

Reuters quoted an informed US source as confirming that Biden was in a meeting with security officials to discuss the situation in Afghanistan when the first news of the first explosion arrived.

The United States and its allies are racing against time to complete aerial evacuations of Americans, Western nationals and some Afghan collaborators from Kabul before a deadline for its full military withdrawal by August 31.

These two explosions came after Western and Afghan warnings of “terror threats” at Kabul airport.

Earlier this morning, US media quoted officials as saying serious and credible warnings about the intention of ISIS to target the gates of Kabul Airport.

The US embassy said in a post on its website that due to security threats, citizens should avoid Kabul airport and its gates unless instructed to do so by a representative of the US government.

She called on Americans who are currently at the airport gates to leave immediately, and advised to always take caution, especially among large crowds, and to follow the instructions of local authorities, especially with regard to movement restrictions and curfews.

These were the details of the news After Western warnings of a “terrorist threat”… Dozens of dead and... for this day. We hope that we have succeeded by giving you the full details and information. To follow all our news, you can subscribe to the alerts system or to one of our different systems to provide you with all that is new.