Al-Ahly announces the inclusion of Karim Fouad for 5 seasons 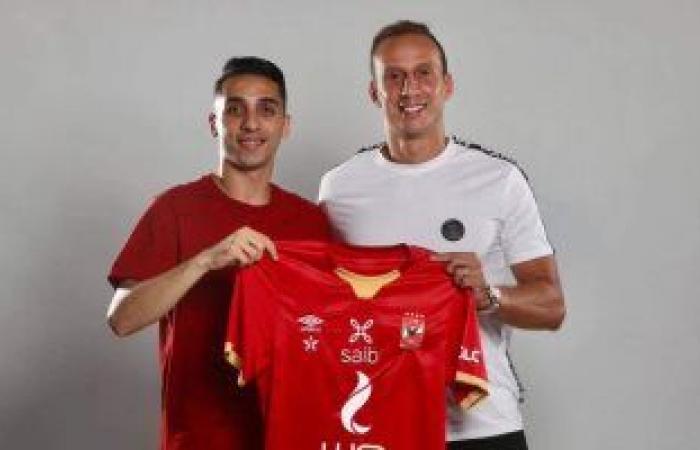 Amir Tawfiq, the club’s director of contracts, announced that Al-Ahly contracted Karim Fouad, the defender of the Al-Nujoom team, for a period of five years.

Al-Ahly officials rejected the idea of ​​retracting the Karim Fouad deal, which Al-Ahly club recently terminated, claiming that he did not appear well with the Olympic team in the Tokyo Olympics.

Red Castle officials insisted on completing the Karim Fouad deal, as everyone inside the club trusts the player’s technical capabilities and sees that he will be one of the best players in the coming period in Al-Ahly when he gets a chance and harmonizes within the team.

Karim Fouad played on loan from the stars to Enppi Club for two seasons, and the loan period ends at the end of the current season.

Karim Fouad signed a 5-year contract with Al-Ahly, and Red Castle officials announced that the player would appear in the team’s training during the coming period.

These were the details of the news Al-Ahly announces the inclusion of Karim Fouad for 5 seasons for this day. We hope that we have succeeded by giving you the full details and information. To follow all our news, you can subscribe to the alerts system or to one of our different systems to provide you with all that is new.