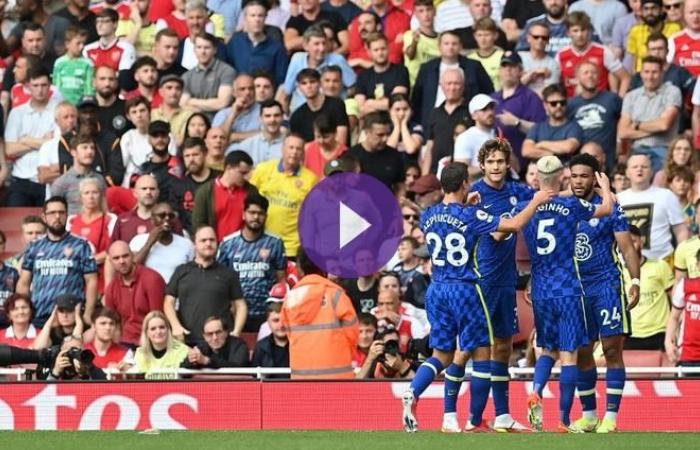 Chelsea managed to win the London derby with a clean double today, Sunday, in the second stage of the English Premier League competition.

Chelsea did not find it difficult to overtake the hosts with goals from Belgium’s Romelu Lukaku and James (15 and 35).

Chelsea were the best party in most stages of the match, and their control of the ball reached 65 percent, with the 80th minute, when Lukaku’s header was blocked by the crossbar after the intervention of German goalkeeper Leno.

The confrontation witnessed 21 attempts to score by Chelsea, including three great chances, compared to only six for Arsenal, including one missed chance.

This is the second victory for the European champions in the competition after they overcame Crystal Palace 3-0 in the first stage, while Arsenal lost to Brentford 2-0 in the first match as well.

After missing the opening win for German coach Thomas Tuchel’s team against Crystal Palace, Lukaku started in place of first compatriot Timo Werner, while American Christian Pulisic was absent due to infection with the Corona virus.

After he missed Arsenal’s first match due to being infected with the Corona virus, Gabonese Pierre-Emerick Aubameyang entered the bench in the second half, while the absence of French Alexandre Lacazette continued, as the result of his examination was still positive, along with Brazilian Willian and Icelandic goalkeeper Alex Ronarson.

Arsenal threatened in the second minute with a shot from Emile Smith Rowe left from outside the area and settled in the hands of Senegalese goalkeeper Edouard Mendy, who was the only one among the three stages of the team in the first half.

Lukaku scored the goal when the Croatian Mateo Kovacic raised the ball to Reese James on the right side inside the area in the absence of defensive control, and from him to the Belgian at the door of the goal, easy to follow in the net (15).

James doubled the score after receiving a pass from Mason Mount on the right side also inside the area, with a missile shot at the top right corner of German goalkeeper Bernd Leno (35).

Arsenal improved its performance in the second half, and Bukayo Saka tried to reduce the difference with a powerful shot from outside the area, which Mendy sent to a corner (52), and another header by defender Rob Holding passed near the post (60) before Saka gave his place to Aubameyang (61).

Lukaku almost scored his second personal goal with a powerful header after a cross from Mount, which was saved by Leno wonderfully (77), before he also avoided a dangerous attempt by Haverts (87).

These were the details of the news Chelsea beat Arsenal effortlessly in the Premier League for this day. We hope that we have succeeded by giving you the full details and information. To follow all our news, you can subscribe to the alerts system or to one of our different systems to provide you with all that is new. 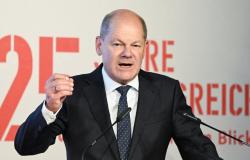