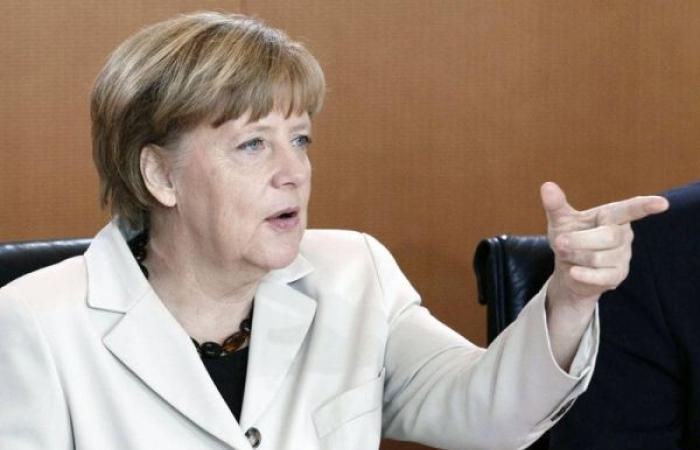 Hind Al Soulia - Riyadh - BERLIN — Angela Merkel's party kicked off its election campaign in the hopes of continuing to lead the country even as the chancellor steps down.

Armin Laschet, the state governor who now leads Merkel's center-right party, said he would "fight with everything" he can to win the Sept. 26 election.

Merkel has been in office for 16 years and announced in 2018 that she wouldn't seek a fifth term as chancellor.

But poll numbers for the CDU have decreased in recent weeks, with the party polling just a few points ahead of the center-left Social Democrats and the environmentalist Green Party.

At a rally in Berlin, Laschet criticized his left-leaning rivals stating that they would increase taxes and risk strangling the economy as it recovers from the pandemic.

“We will fight — I will fight with everything that I can — so that this country is not taken over by ideologues, so that we have the opportunity to implement our ideas for this modern Germany," Laschet said.

“That is what we are fighting for. We will give everything we can, we will make the differences with the others clear. Who governs is fundamental. We want to govern."

Laschet doesn't appear to have inspired voters yet. He is currently governor of Germany's most populous state, North Rhine-Westphalia, which was hit by severe floods last month.

His former rival for the CDU's leadership, Markus Söder, said that a center-right win in the upcoming election wasn't assured.

He said the Union faces its most difficult campaign since 1998, when then-Chancellor Helmut Kohl — Merkel's one-time mentor — lost power and “the trend at the moment isn't heading steeply upward.”

“Let's be honest for a moment: it's tight, and it will be very tight in the coming weeks,” Söder said. “Everyone must understand today that everything is really at stake. This is not the question we philosophized about for months — with whom we might prefer to govern. It is not the question of how we govern, but possibly whether.”

Merkel, who noted that she has deliberately stayed out of campaigning since she gave up her party's leadership nearly three years ago, stepped up to offer Laschet a personal reference.

Laschet is “a person and politician for whom the ‘C’ in our party's name is not just any letter, but the compass for everything he did and does," she said.

“It was and is always important to him to put the individual...in focus on the basis of our Christian credo, to build bridges between people.”

“In the 35 days that remain, it is worth fighting every hour for the CDU and CSU to be strong in the German parliament, for us to...lead Germany into a good future, and of course, with Armin Laschet as our future chancellor,” Merkel said. — Euronews

These were the details of the news Merkel's CDU kicks off election campaign amid falling poll numbers for this day. We hope that we have succeeded by giving you the full details and information. To follow all our news, you can subscribe to the alerts system or to one of our different systems to provide you with all that is new.