Al-Arabi: Moving the prices of subsidized bread will not affect the... 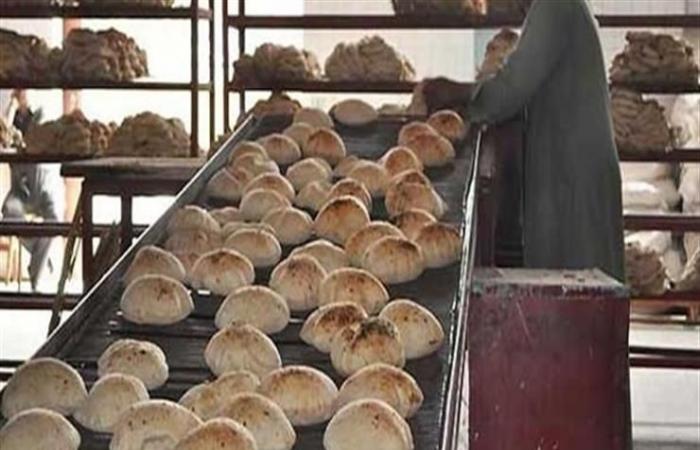 Engineer Ibrahim Mahmoud Al-Arabi, head of the General Federation of Chambers of Commerce, announced that the decision to move the price of a loaf of subsidized bread will not have any effect on the price of tourist bread, which is sold at fifty piasters and pounds to consumers, stressing the commitment of members of the bakery division to regularity in the movement of production and the announced price, according to a statement from the Federation. Chambers of Commerce today, Thursday.

Al-Araby said that moving the price of subsidized bread will not affect the prices of fast food, regardless of the size of the facility that provides these meals, whether on bean carts or products sold in tourist restaurants.

He added that there is no correlation between the price of what these facilities offer with the movement of the support system, which is supposed to be directed to the poorest and most socially caring groups.

Al-Araby explained that the bread subsidy system has been suffering for a long time from a massive waste of state resources. On the one hand, it shows the volume of bread points that are replaced monthly by the ration support system. The beneficiaries of the subsidy do not exploit about 10% of what is allocated annually to subsidize bread, and the number of loaves that are replaced is replaced The ration card holder shall not spend it at the rate of ten piasters for a loaf of other products.

According to the report of the Ministry of Supply and Internal Trade, bread points were exchanged during the month of April, coinciding with the blessed month of Ramadan, which is the highest daily withdrawal of bread during the year, with about 265 million pounds for one month, according to Al-Araby.

On the other hand, Al-Arabi stated that reports indicate that there is a waste of what is produced daily of subsidized bread and its exploitation for purposes other than the purpose of its production, such as bird and livestock feed, at a rate ranging between 25 and 35% of the total volume of production.

He added that reducing what is allocated from the state budget to support bread and redirecting it to new projects would bring about a real shift in financing many national projects that would improve the economic climate, create new job opportunities for young people and provide a decent life for citizens.

The bread production subsidy system accounts for about 50% of the total allocations of the subsidy system, which is estimated at about 84.5 billion pounds annually, according to Al-Araby.

Al-Araby indicated that after President Abdel Fattah El-Sisi announced the necessity of moving the price of the subsidized loaf, the controversy raged in the Egyptian street between supporters and opponents, and he feared that moving the subsidy on the loaf of bread would cause the prices of other products and commodities to move in the markets, and that this move would be followed by an inflationary wave that exhausted the Egyptian consumer.

He explained that this prompted the Federation of Chambers of Commerce to prepare an initial report on the bread subsidy system and the state’s resources wasted in that system, in addition to polling the opinion of the chambers of commerce in the governorates on the impact of this decision on all markets in the Republic.

The Al-Gharbia Chamber, headed by Dr. Salah Al-Kamouni, was the first chamber in the governorates to support the President’s decision to move the price of subsidized loaves and reduce the volume of support directed to the bread subsidy system.

Al-Kamouni added that the Al-Gharbia Chamber demanded for years to change the bread subsidy system because of the waste of state funds, noting that switching to the cash support system instead of the in-kind support system is the best solution to eliminate the black market and ensure that support reaches those who deserve it.

He explained that the rumbling volume of subsidized bread and its exploitation to feed livestock and birds is a widespread phenomenon, especially in rural areas, and it is difficult to control and control this phenomenon, with the state’s subsidy remaining for about 92% of the cost of producing a loaf of bread.

Al-Kamouni said that it is difficult to ask the consumer to enjoy sufficient awareness and realize the value of what he wastes when he obtains it at a low price that does not match the real cost of production.

Khaled Reda, head of the Chamber of Commerce in the Red Sea Governorate, said that there is a tangible improvement in the economic conditions of the Egyptian society, which will make the temporary reduction of subsidies acceptable, pointing to the commercial community’s welcome to move the price of the subsidized loaf to reach 20 piasters as an interim price commensurate with the current economic conditions of the Egyptian family.

He added that raising the price of the loaf to this level also allows the state to direct the value of this support to economic projects that create new job opportunities for young people and improve the living conditions of many of the most caring families instead of wasting them on the system of the real beneficiaries of those who are not deserving.

Reda stated that the individual’s dependence on the state to support his food creates an atmosphere of laziness among the youth group, despite the need for various types of employment, calling on young people to seek work and success instead of laziness and waiting for support.

Magdi Gaballah, President of the Chamber of Commerce in Fayoum Governorate, confirmed that the commercial community welcomed the idea of ​​reducing the volume of support for the bread system with satisfaction, noting that this step had to be taken a long time ago.

He pointed out that no country in the world supports the bread production system of this scale, which has lost the product’s real value and created undisciplined behavior in dealing with and wasting a loaf of bread, and the community should work to change the culture of consumption and adopt a more organized and rationalized behavior.

Majdi Jaballah said that there are many groups who will oppose this decision, despite their confirmation of its validity, either for political reasons to incite public opinion and create a negative atmosphere that destroys the state or to benefit from the lack of discipline of the support system and their exploitation of state-subsidized goods to achieve huge profits. Egypt will support all state measures to implement economic reform plans.

These were the details of the news Al-Arabi: Moving the prices of subsidized bread will not affect the... for this day. We hope that we have succeeded by giving you the full details and information. To follow all our news, you can subscribe to the alerts system or to one of our different systems to provide you with all that is new.