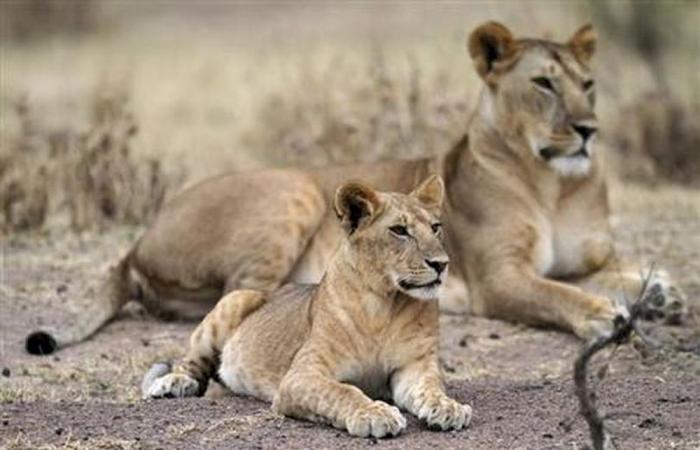 The youngsters aged between nine and 11 had arrived home from school on Monday and gone into a forest near the Ngorongoro Conservation Area to search for the missing animals, Arusha police chief Justine Masejo said.

“That is when the lions attacked and killed three children while injuring one,” he added.

Ngorongoro in northern Tanzania is a World Heritage Site that is home to wildlife including big cats such as lions, cheetahs and leopards.

“I would like to urge the nomadic communities around the reserved areas to take precautions against fierce animals especially when they task their children to take care of the livestock. That will help to protect the children and their families,” Masejo said.

Tanzania allows some communities such as the Maasai, who graze their livestock alongside wild animals, to live within national parks.

However, they are often in conflict with animals such as lions and elephants which can attack people, livestock and destroy crops.

Last year, Tanzania relocated 36 lions from the Serengeti National Park after attacks on humans and cattle from the surrounding communities. — AFP

These were the details of the news Lions kill three children near Tanzania wildlife reserve for this day. We hope that we have succeeded by giving you the full details and information. To follow all our news, you can subscribe to the alerts system or to one of our different systems to provide you with all that is new.