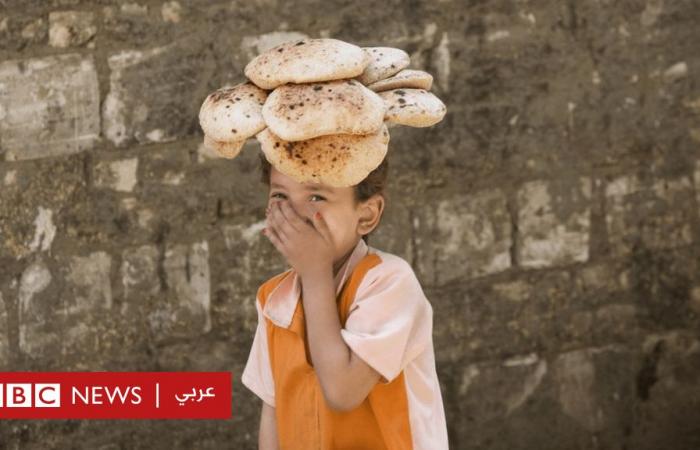 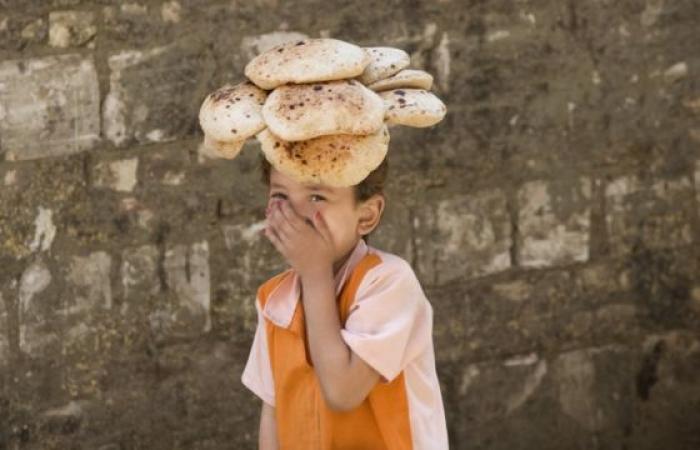 The hashtag’s circulation rose after Egyptian President Abdel Fattah El-Sisi announced yesterday that “it is time to raise the price of a loaf of bread.”

Sisi said that it is “unreasonable that the price of twenty loaves of bread equals the price of one cigarette.”

The Egyptian president added that “raising the price of subsidized bread will not mean removing subsidies completely.”

Officials at the Ministry of Supply said that they have begun studying the increase in the price of loaves and that they will present the proposal to the Council of Ministers soon.

The decision, which came as part of a speech by the president during the opening of the food industrial city “Silo Foods” in Menoufia in the central Nile Delta, is fateful for millions of Egyptians, so it was talked about by social media in addition to the Egyptian media, and it was also echoed in the international press.

This sign, through which Egyptians expressed their refusal to raise the price of a loaf of bread, and their anger at the decision.

And the researcher at Al-Karama Foundation for Human Rights, Ahmed Shalaby, wrote in a tweet, echoing the common saying: “Bite my heart and do not bite my loaf,” describing it as the general principle for every Egyptian.

Using the same hashtag, the lawyer, expert in international law, Mahmoud Refaat, considered that Sisi’s decision “has tampered with the lives of Egyptians, and only the downtrodden classes will be affected by it.”

Likewise, the Egyptian journalist Rasha Azab said that “only the weakest and most vulnerable groups will be harmed by this decision” and criticized the decision being taken without “a societal dialogue.”

And the Egyptian politician Walid Sharabi gave an example in a tweet that received a great reaction for a poor family, “whose main food is water, pepper, bread and salt,” and even that they do not have enough of it to feed them all, as he says. He wondered what their fate would be if the price of the loaf rose.

It is noteworthy that the number of citizens entitled to subsidized bread and registered on ration cards is about 71 million, according to official statistics.

Mahsoub considered that providing a loaf of bread at a price that suits everyone “is not an economic achievement that an authority can boast of. Rather, it is the reason for the existence of any authority.”

On the other hand, Egyptian media quoted the Peasants’ Syndicate and the Bakeries Division of the Federation of Egyptian Industries as saying that the decision to raise the price of a loaf of bread was a “bold decision” and they welcomed it, even though it “come late”, as they say.

Officials say that there is a “misuse” of state subsidies for a loaf of bread, and that the subsidy “does not reach those who deserve it.”

In the same context, journalist Abdel Wahed Ashour wrote a tweet saying that “it is not logical for bread to be turned into fodder for birds and animals.”

The Egyptian medias coverage of the decision to raise the price of the news sparked controversy and ridicule.

Since the decision was announced, the Egyptian media has circulated headlines highlighting “satisfaction” and “welcome” for the decision.

Al-Dustour newspaper published a report in which it conveyed the vision of its chairman, Mohamed El-Baz, who considered that Sisi’s decision reflects the “behavior of a reformer.”

Meanwhile, Al-Shorouk published an article titled with an excerpt from an interview with the head of the Farmers Syndicate, “Hassan Abu Saddam,” for the “Hadrat Al-Muwatin” program on Al-Hadath Al-Youm channel, in which he says, “Sisi has won over the (poor) and the restoration of respect for the loaf of Egyptian bread.”

So did Al-Masry Al-Youm, whose article titled “The first response from the “peasants” after Sisi announced the necessity of raising the price of a loaf of bread: the president responded to us.”

The loaf controversy is not new

Controversy erupted in Egypt last year, with the weight of the subsidized loaf reduced by twenty grams to 90 grams.

Egyptian President Abdel Fattah El-Sisi knows that the decision to raise the price of bread will cause outrage, and said in his announcement of the decision that he “announced it himself to bear his responsibility.”

Historically, decisions regarding an increase in the price of bread have provoked controversy and rejection, amounting to social disapproval.

Such decisions were the reason behind demonstrations, clashes and arrests in many countries.

Egypt itself witnessed the “bread uprising” in January 1977 when the government, under President Anwar Sadat at the time, announced a set of economic decisions, including raising the price of bread, sugar, tea and other basic items.

Demonstrations erupted from the Helwan area in the south of Cairo and expanded to include different categories of the Egyptian people until Sadat retracted the decision.

Tunisia also knew in December 1983 and January 1984 what is known as the “bread uprising” or “bread events”, which began with the government’s announcement to reduce subsidies on grain products and continued until President Habib Bourguiba announced at the time to reverse the decision.

These were the details of the news Loaf of bread: controversy in Egypt after President Sisi announced the... for this day. We hope that we have succeeded by giving you the full details and information. To follow all our news, you can subscribe to the alerts system or to one of our different systems to provide you with all that is new.