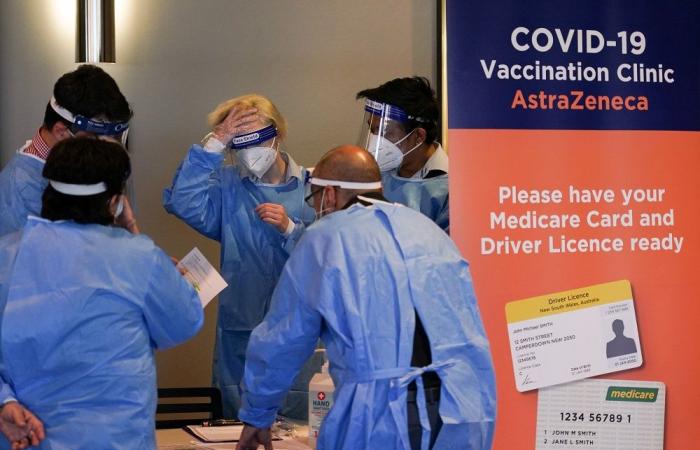 SYDNEY, Aug 4 ― An Australian man in his 20s died at home of Covid-19 in Sydney, authorities said today, one of the country's youngest coronavirus deaths.

The man, who was unvaccinated, was 13 days into home isolation after testing positive when his health deteriorated rapidly, authorities said, adding that he lived with one person who had been hospitalised with the virus.

The death highlighted the risk from the virus and the importance of getting vaccinated, said health leaders, who have set a target of having half of Sydney's population inoculated before lifting the city's lockdown by a target date of August 28.

“It demonstrates again how this disease is lethal, how it affects people of all ages,” said Gladys Berejiklian, premier of New South Wales state, of which Sydney is the capital.

The man's identity and how he caught the virus were not disclosed. He lived in southwest Sydney, the epicentre of an outbreak related to the Delta virus strain that has ravaged the country's most populous city for weeks.

Of about 17 deaths from the virus since the flare-up began in June, nearly a third have been people at home, according to the government. The man's death was referred for a formal inquest, the authorities said.

A woman in her 80s also died in a hospital in the past day, taking the national total to 927 since the start of the pandemic.

Total infections in the state's worst outbreak since the start of the pandemic topped 4,000 since the first one was detected on June 16.

In a bid to arrest a spike in cases, authorities have taken aggressive countermeasures, including sealing off high-risk suburbs and asking military to help police enforce lockdown rules.

State Premier Gladys Berejiklian has said the state should hit a target of six million shots by the end of the month ― at least one dose to all of its adult population.

Neighbouring Queensland reported 16 locally acquired cases, the same as the day earlier, prompting authorities to declare it the state's worst outbreak since the start of the pandemic and warn that a lockdown in state capital Brisbane might be extended beyond Sunday.

“Every time someone leaves their home they increase the risk that this lockdown may need to go on longer ... now is not the time to buy outdoor furniture, there will be time before summer to get sun lounges,” Queensland Deputy Premier Steven Miles said.

The fast-moving Delta strain has alarmed authorities while a slow vaccine rollout frustrated residents. Only about 20 per cent of people older than 16 have been fully vaccinated. ― Reuters

These were the details of the news Australia records one of its youngest Covid-19 deaths amid Sydney outbreak for this day. We hope that we have succeeded by giving you the full details and information. To follow all our news, you can subscribe to the alerts system or to one of our different systems to provide you with all that is new.