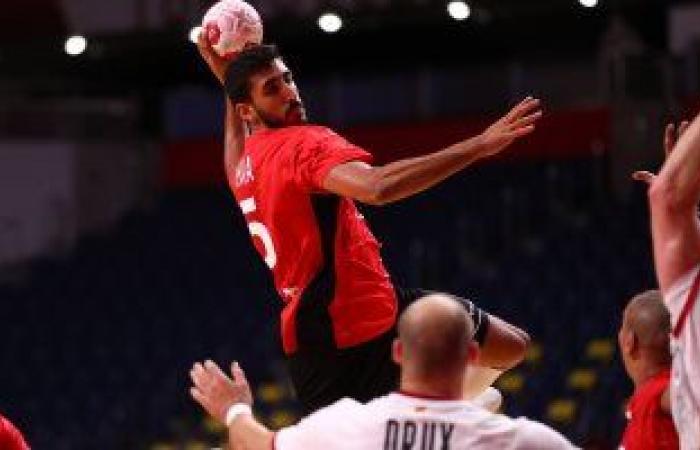 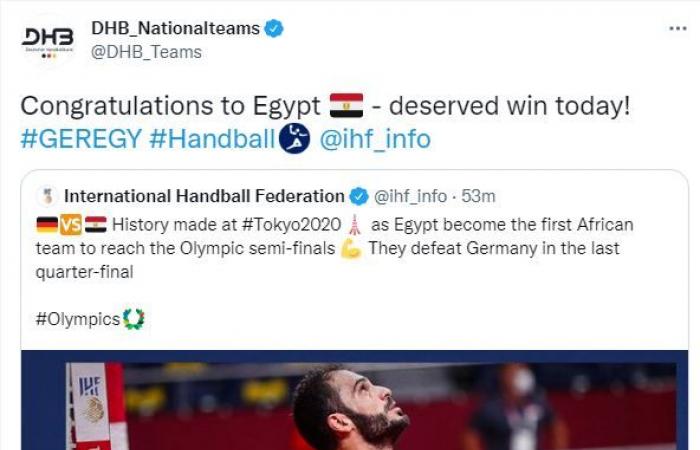 The Egyptian handball team achieved a historic victory over its German counterpart, 31/26, in the match that was held today, Tuesday, in the quarter-finals of the handball competitions at the Tokyo 2020 Olympics, to qualify the Pharaohs to the semi-finals of the tournament.

The Egyptian handball team faces its French counterpart in the semi-finals after the French handball team won a broad victory over the Bahraini team 42-28 in the match that brought the two teams together at dawn today, Tuesday, in the quarter-finals of the Tokyo Olympics handball.

Egypt handball team He will face France in the semi-finals of the handball competitions next Thursday, August 5, at ten in the morning, Egypt time.

The International Handball Federation praised the historic achievement of the Egyptian handball team, and the International Handball Federation wrote through its official account on the social networking site “Twitter”: “History is made in Tokyo 2020, as Egypt became the first African team to reach the semi-finals of the Olympics after defeating Germany in the quarter-finals.”

Here German Handball Federation Egypt’s handball team, after the victory over the German machines, and the German Federation wrote through its official account on the social networking site “Twitter”: “Congratulations to Egypt .. a deserved victory today,” in a match that witnessed the brilliance of the Egyptian goalkeeper Karim Hindawi.

These were the details of the news Egypt’s handball team faces France Thursday in the Tokyo Olympics semi-finals for this day. We hope that we have succeeded by giving you the full details and information. To follow all our news, you can subscribe to the alerts system or to one of our different systems to provide you with all that is new.