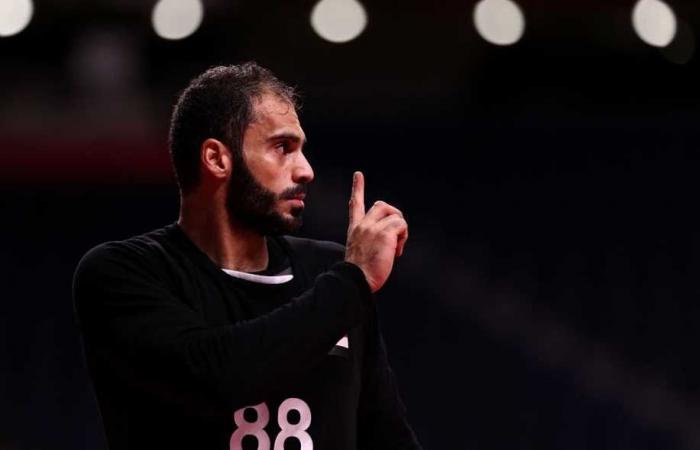 Sherif El-Erian, Secretary-General of the Egyptian Olympic Committee, revealed what Roberto Barondo, coach of the Egyptian handball team, did with team goalkeeper Karim Hendawy “Katunga” after he signaled to the German player to be silent.

Sherif El-Erian spoke to “On Time Sports 1”, saying: “The handball team played a more than wonderful match today. Germany was the one who was afraid of us, not the other way around. We were the strongest and the best.”

“We want to win the first medal in the history of Egypt in the team games at the Olympics,” he added.

And about Katungas signal, he said: “In the last 3 or 5 minutes, Katunga saved a shot from the German player and indicated to him with his hand that he would not score against his goal.”

“Immediately, Barondo called him and warned him not to repeat this behavior, otherwise he would be removed from the stadium, and Katunga apologized directly.”

Egypt defeated Germany 31-26 in the quarter-finals of the 2020 Tokyo Olympics.

The semi-final match will be held next Thursday at 10 am.

It is noteworthy that the Egyptian team is the first Arab and African team to qualify for the semi-finals of the Olympics in handball throughout history.

It is also the first non-European team since South Korea in the Seoul Games in 1988.

These were the details of the news FilGoal | News | Tokyo 2020 Olympics – Olympic:... for this day. We hope that we have succeeded by giving you the full details and information. To follow all our news, you can subscribe to the alerts system or to one of our different systems to provide you with all that is new.