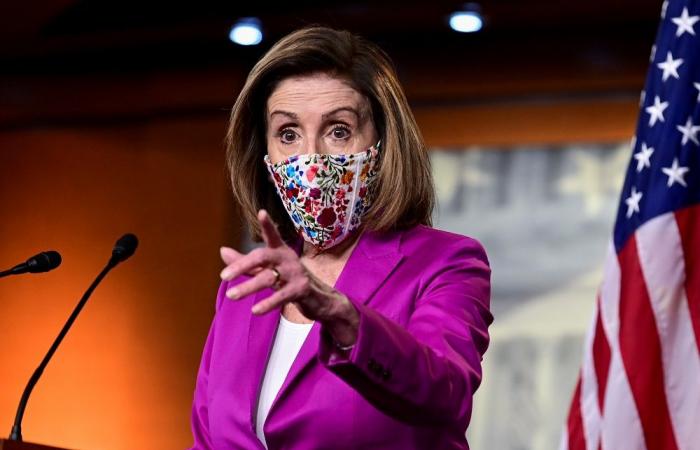 House Minority Leader Kevin McCarthy named five Republicans to the select committee, but Pelosi took the rare step of rejecting congressmen Jim Jordan and Jim Banks out of what she said was concern for the investigation's integrity.

Democrats have accused Banks and Jordan, a staunch ally of former president Donald Trump, of peddling what they call “the big lie” ― Trump's baseless claim that Joe Biden won the presidency through a stolen election.

Hours after the Capitol insurrection, both were among several Republicans who voted against certifying election results in some states.

“With respect for the integrity of the investigation, with an insistence on the truth and with concern about statements made and actions taken by these members, I must reject the recommendations of Representatives Banks and Jordan to the select committee,” Pelosi said in a statement.

Pelosi, who has appointed a Democrat to chair the panel looking into what led a mob of Trump supporters to storm the Capitol seeking to overturn the election results, said she raised her “objections” with McCarthy.

But the veto brought a heated threat from McCarthy, who accused the speaker of an unprecedented and “egregious abuse of power” that cost the committee its credibility.

“Unless Speaker Pelosi reverses course and seats all five Republican nominees, Republicans will not be party to their sham process and will instead pursue our own investigation of the facts,” McCarthy said.

The tit-for-tat moves represent the latest bickering over what many were hoping would be a united effort: investigating the riot in the citadel of American democracy.

Pelosi's Democrats sought to create a bipartisan, independent 9/11-style commission to investigate the Capitol insurrection, but Senate Republicans rejected it.

Pelosi portrayed the violence, in which rioters clashed with police and sought to hunt down lawmakers including Pelosi, as an attempt to “overthrow” the government.

“We need a comprehensive investigation as to who organised this attack, who paid for it, how they nearly succeeded in overthrowing a presidential election, why they did it and how we must organize ourselves to prevent anything like it from ever happening again,” Pelosi said.

Pelosi herself had already appointed Republican congresswoman Liz Cheney to the committee.

Cheney, who voted to impeach Trump in January, slammed McCarthy's “disgraceful” response to Pelosi and said she supported continuing with a fact-based probe.

These were the details of the news Showdown as Pelosi bars two Republicans from Jan 6 panel for this day. We hope that we have succeeded by giving you the full details and information. To follow all our news, you can subscribe to the alerts system or to one of our different systems to provide you with all that is new.