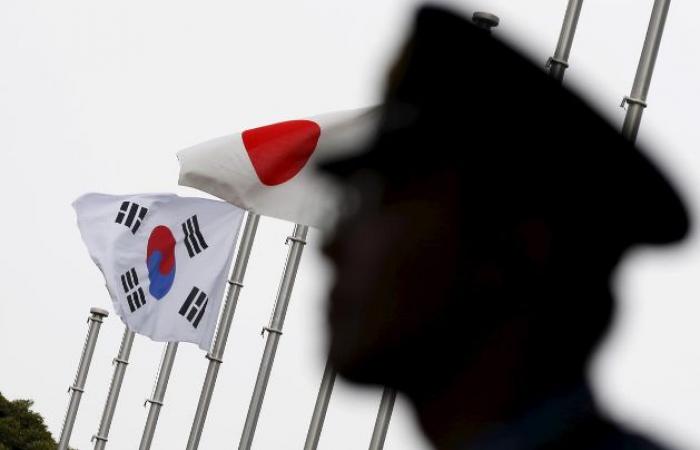 Hello and welcome to the details of Japan, S.Korea leaders summit in limbo amid uproar over sexual innuendo and now with the details

TOKYO, July 19 — Plans to hold the first in-person summit between the leaders of Japan and South Korea have hit a snag over a disparaging comment by a Japanese diplomat about the South Korean president, the latest flare-up between the fractious neighbours.

Japan’s Yomiuri newspaper reported South Korean President Moon Jae-in will visit Tokyo and hold a summit with Japanese Prime Minister Yoshihide Suga on Friday to coincide with the start of the Tokyo Olympics.

But both governments on Monday denied a meeting had been finalised, with Moon’s office citing a “last minute obstacle.”

The political uproar inflamed already fraught diplomatic relations between the two countries over issues including territorial disputes and their wartime history, and cast further doubts over the hope that the Tokyo Games would be an occasion to kickstart momentum for regional cooperation.

Suga and Moon were planning to discuss issues that have strained relations over generations, including compensation for people forced to work in Japanese firms and military brothels during Japan’s 1910-1945 colonial rule, the Yomiuri report said.

Japan is also planning to replace the senior Seoul-based diplomat after his reported comments regarding Moon’s dealings with Japan, the Yomiuri said.

“The remarks were inappropriate as a diplomat, and we think it is very regrettable,” Chief Cabinet Secretary Katsunobu Kato told a regular briefing.

In response to the report on the diplomat’s removal, Kato said the foreign minister would decide on personnel issues at overseas missions, and did not provide further details.

A summit between the two leaders had not been decided but if Moon decided to visit, Japan would accommodate him, Kato added.

South Korea’s presidential Blue House said the two countries were in discussions but that there has been no decision on a trip by Moon.

“It is still uncertain whether a visit to Japan and a meeting will take place as there has been no satisfactory action taken by the Japanese side over the last-minute obstacle to a (summit) meeting,” it said in a statement.

“He also demanded the Japanese government to promptly take tangible and due steps to prevent a recurrence of such situation,” the foreign ministry said in a statement.

Suga this month called relations between Japan and South Korea “very difficult”, adding that it was up to Seoul to provide a response to the problems.

Moon had earlier hoped the Olympics may offer an opportunity for North and South Korea to improve relations and revive peace talks, before Pyongyang announced it would not take part because of coronavirus concerns. — Reuters

These were the details of the news Japan, S.Korea leaders summit in limbo amid uproar over sexual innuendo for this day. We hope that we have succeeded by giving you the full details and information. To follow all our news, you can subscribe to the alerts system or to one of our different systems to provide you with all that is new.