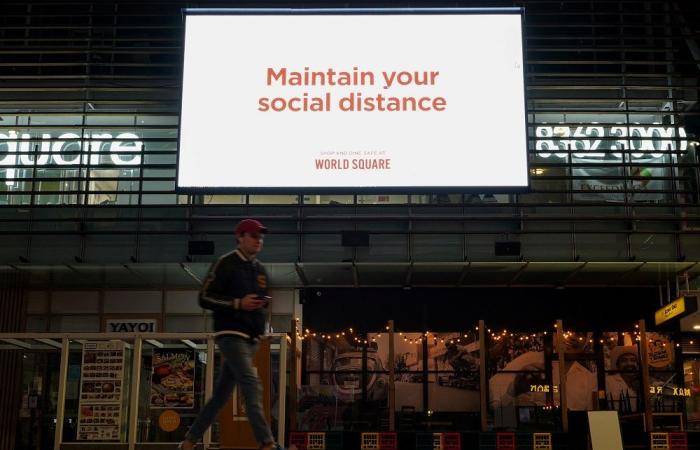 SYDNEY, July 19 — Locally acquired cases of Covid-19 slightly eased on Monday in Australia’s two biggest cities Sydney and Melbourne, both under lockdown, as authorities struggle to stop the spread of the highly infectious Delta variant.

New South Wales (NSW) state reported 98 new locally-acquired cases, most in Sydney’s south western suburbs, down from 105 a day earlier. At least 20 of the new cases were infectious while in the community, roughly in line with the last few days.

“That 20 number is the number we are really keen to nudge ... the closer we get that number to zero, the sooner we can end the lockdown,” NSW state Premier Gladys Berejiklian said during a televised media conference.

NSW has twice extended lockdown measures in Sydney since it was first imposed on June 26, with the tough restrictions now scheduled to end on July 30.

Though cases dipped on Monday, Berejiklian said the state would not see the effects of the hard lockdown for “another four or five days”.

In Sydney, restrictions were tightened over the weekend, as officials banned some 600,000 people in the worst-affected suburbs from leaving their neighbourhoods for work, while non-essential retail and building sites were ordered to close.

Australia’s Victoria state, the country’s second most populous state which includes Melbourne, on Monday reported 13 locally acquired cases, down from 16 a day earlier. All new local cases are linked.

Victoria is under state-wide stay-home rules.

Total cases in Victoria topped 70 in a week as the state’s near seven million residents wait if a hard lockdown will end as planned on Tuesday night.

Swift contact tracing, a high community compliance of tough social distancing rules and lockdowns have helped Australia quash past outbreaks and keep its Covid-19 numbers relatively low. Just over 31,900 cases and 914 deaths have been reported. — Reuters

These were the details of the news Australia’s two biggest cities see Covid-19 cases ease amid lockdowns for this day. We hope that we have succeeded by giving you the full details and information. To follow all our news, you can subscribe to the alerts system or to one of our different systems to provide you with all that is new.