Landslides kill at least 30 in Mumbai after heavy rains 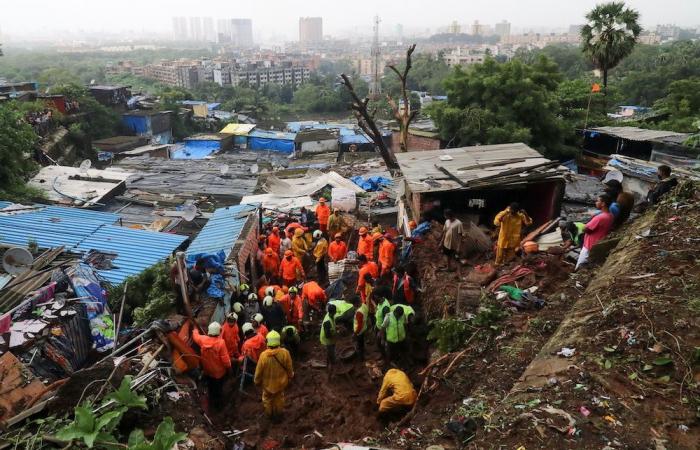 Rescuers resorted to using their hands to dig up the ground in an attempt to find survivors, local television showed, as authorities said more people could be trapped inside the debris. Emergency workers carried the injured through narrow lanes on makeshift stretchers.

Several areas of Mumbai have been hit by floods due to heavy rainfall over the past 24 hours, crippling India’s financial capital. The mega-city and the coast of India’s industrial Maharashtra state are expected to receive heavy to very heavy rainfall in the next four days, the weather department said.

“We’ll take the decision to shift the people who are living in a dangerous situation to permanent settlements immediately,” said Nawab Malik, a state cabinet minister, according to a tweet by news agency ANI, a Reuters partner.

Within the last 24 hours, authorities have reported 11 incidents of houses or walls collapsing in the Mumbai area, officials said. In one neighbourhood, about half a dozen shacks located at the base of a hill collapsed on top of each other, they added.

Prime Minister Narendra Modi offered his condolences in a tweet and announced aid for the victims. — Reuters

These were the details of the news Landslides kill at least 30 in Mumbai after heavy rains for this day. We hope that we have succeeded by giving you the full details and information. To follow all our news, you can subscribe to the alerts system or to one of our different systems to provide you with all that is new.