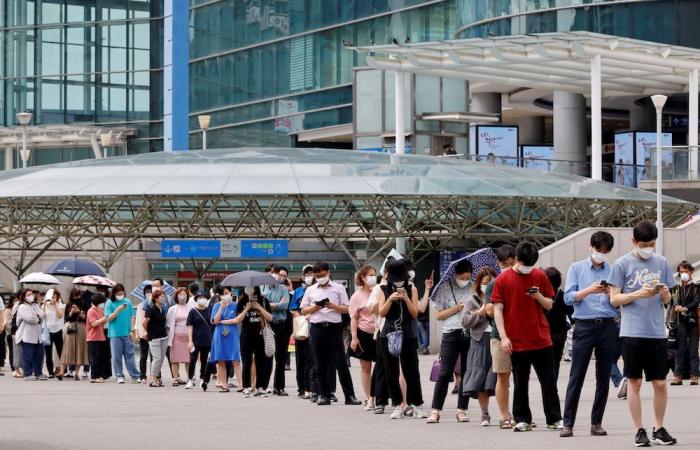 SEOUL, July 18 — South Korea will airlift all troops from a ship on anti-piracy patrol in the Middle East, the Ministry of Defence said today, while a replacement team will steer the vessel back home after dozens of soldiers on board tested positive for the coronavirus.

South Korea, once cited as a success story for keeping Covid under control, is battling record infections as the more transmissible Delta variant spreads throughout the country after prompting a semi-lockdown in the Seoul area.

Two aerial tankers will depart for the Middle East later today, the ministry said, confirming that 61 additional troops on the ship had tested positive for the virus following media reports of seven cases.

The government had said on Thursday it would send a medical team to address the outbreak on the vessel.

But worries mounted that the outbreak could be much worse and require more drastic action. Yonhap News Agency said the Joint Chiefs of Staff had received only 101 results from PCR tests of the more than 300 service members on board, while the rest may be disclosed in coming hours.

South Korea reported 1,454 new coronavirus cases for today, bringing the cumulative cases at home to 177,951 and total deaths to 2,057. Little more than 30 per cent of South Korea’s 52 million people have received at least one dose of the Covid-19 vaccine. — Reuters

These were the details of the news South Korea to airlift troops from Covid-stricken anti-piracy ship for this day. We hope that we have succeeded by giving you the full details and information. To follow all our news, you can subscribe to the alerts system or to one of our different systems to provide you with all that is new.