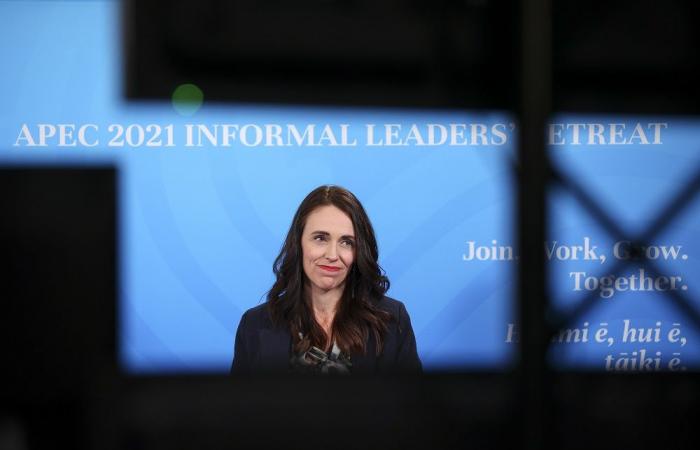 WELLINGTON, July 17 — Pacific Rim leaders vowed to ramp up the production and distribution of Covid-19 vaccines yesterday at an emergency virtual meeting to develop an action plan that will contain the global pandemic.

The unprecedented talks brought together heads of state from the 21-nation Asia-Pacific Economic Cooperation (Apec) group, including US President Joe Biden and his Chinese counterpart Xi Jinping.

“For the first time in Apec’s history, leaders have come together for an extraordinary meeting focused exclusively on Covid-19 and how our region can navigate out of the worst health and economic crisis in living memory,” she said.

“Front of mind for leaders is achieving widespread access for vaccines globally and working collaboratively to provide them to everyone as soon as possible.”

The meeting produced few specific commitments, although China’s Xi promised US$3 billion in aid to help developing countries recover from the social and economic impacts of the coronavirus.

The United States said that it was also donating more than 500 million “safe and effective” vaccines around the world.

Biden “made clear that the United States is donating our vaccines, not selling them, and underscored the importance of not attaching any political or economic conditions,” the White House said in a statement.

In a joint communique, the Apec leaders vowed to “redouble our efforts to expand vaccine manufacture and supply,” with Ardern saying there was also a determination to cut tariffs on vaccines and associated medical equipment.

She said the discussions “moved us beyond vaccine nationalism”, which she blamed for helping the development of the fast-spreading virus variants which are now fuelling the pandemic.

“We need to suppress transmission and do everything we can to get as many people vaccinated as soon as possible,” she said.

The New Zealand leader signalled that Apec nations would be looking at digital documentation to streamline travel and trade across international borders without compromising pandemic-related health safeguards.

“We are pushing for collaborative and practical solutions on safely reconnecting with the world by continuing to explore options including vaccine passports, travel green lanes and quarantine-free travel bubbles,” she said.

Ardern said it was vital trade supply chains remained open in Apec, whose member nations collectively account for about 60 per cent of global GDP.

Much attention was on whether Biden and Xi could set aside the rivalries of an increasingly fraught US-China relationship to cooperate on Ardern’s agenda.

Xi delivered his remarks by pre-recorded video in contrast to other leaders, according to a diplomatic source.

The US statement also said Biden had “reiterated his commitment to a free and open Indo-Pacific” — a clear jab at China.

Washington has accused Beijing of lacking transparency about the origins of the pandemic in the central city of Wuhan, adding to existing tensions on issues such as trade tariffs and the treatment of Uyghurs in Xinjiang.

Faced with such criticism, China has been keen to position itself as a saviour for other countries now struggling to control the virus, supplying aid, vaccines and medical equipment.

Underlining the battle for influence the pandemic has created, White House officials said in the lead-up to the talks that the United States intended to serve “as an arsenal of vaccines for the region”.

Ardern said all the participating leaders were “totally focused on the issues that we as a region face”. — AFP

These were the details of the news Apec leaders agree to cooperate on global Covid-19 vaccine push for this day. We hope that we have succeeded by giving you the full details and information. To follow all our news, you can subscribe to the alerts system or to one of our different systems to provide you with all that is new.