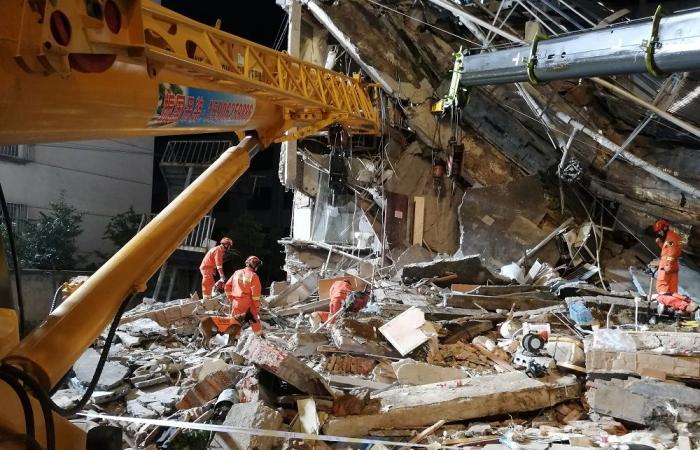 SHANGHAI, July 14 — Nine more people have been confirmed dead in the collapse of a budget hotel in eastern China, bringing the final toll to 17, as state media today announced the end of search and recovery efforts.

Six others were earlier rescued from the rubble of the Siji Kaiyuan hotel, which crumbled in a heap of shattered concrete and bent metal beams two days earlier in the picturesque city of Suzhou.

All of those rescued were in stable condition, state-run television said.

It added that an unspecified number of people linked to the hotel had been detained and an investigation into the cause of the disaster was under way.

The hotel opened in 2018 and had 54 guest rooms, according to its listing on the travel site Ctrip.

Suzhou, a city of more than 12 million people roughly 100 kilometres (60 miles) west of Shanghai, is a popular destination for tourists drawn to its canals and centuries-old gardens.

Building collapses or accidents are not uncommon in China and are often blamed on lax construction standards or corruption.

The collapse of a quarantine hotel in southern China’s Quanzhou city last March killed 29 people, with authorities later finding that three floors had been added illegally to the building’s original four-storey structure.

And authorities in May evacuated one of China’s tallest skyscrapers, the SEG Plaza in the southern city of Shenzhen after it shook multiple times over several days. — AFP

These were the details of the news Final death toll in China hotel collapse put at 17 for this day. We hope that we have succeeded by giving you the full details and information. To follow all our news, you can subscribe to the alerts system or to one of our different systems to provide you with all that is new.