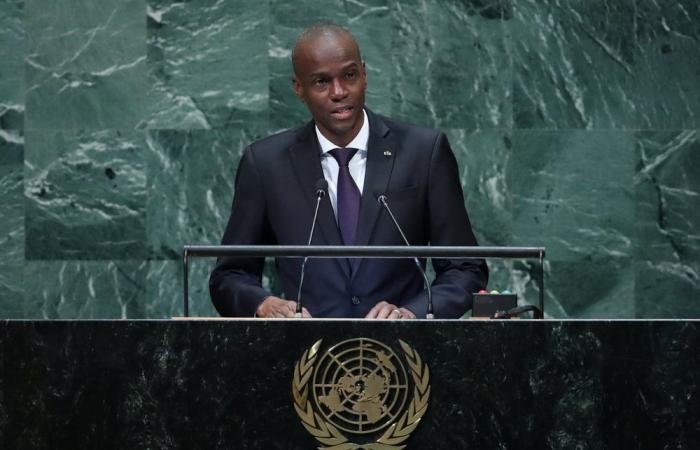 BOGOTA, July 12 — Colombian police said today they could not share any hypothesis about the murder of Haitian President Jovenel Moise and that they respect the Haitian state’s autonomy, after 18 Colombians tied to the case were arrested and three others killed.

Moise was shot dead early on Wednesday at his Port-au-Prince home by what Haitian authorities describe as a unit of assassins formed of 26 Colombians and two Haitian Americans, plunging the troubled Caribbean nation deeper into turmoil.

Yesterday, Haitian police said they had detained one of the suspected masterminds, 63-year-old Christian Emmanuel Sanon, a Haitian man whom authorities accuse of hiring mercenaries to oust and replace Moise. They did not explain Sanon’s motives beyond saying they were political.

“We cannot construct any hypothesis,” General Jorge Luis Vargas, head of the Colombian national police, told journalists in Bogota. “We respect the judicial autonomy of the Haitian state and its authorities.”

Families of some of the Colombians, many ex-soldiers, have said their loved ones were hired as bodyguards, not as mercenaries, and that they are innocent of killing Moise.

The men were initially contracted to protect Sanon, Haiti’s National Police Chief Leon Charles said Sunday, but then they were given a warrant for Moise’s arrest.

Most of the men were detained after an overnight shoot-out on Wednesday in Petionville, a hillside suburb of Port-au-Prince, and three killed.

Nineteen tickets to Haiti were bought for the men via a Miami-based company called CTU, Vargas added.

CTU, run by Venezuelan emigre Antonio Enmanuel Intriago Valera, has not responded to requests for comment from Reuters made yesterday.

A man named Dimitri Herard, who served as Moise’s head of security, transited through Colombia multiple times earlier this year, Vargas added, during trips to Ecuador and the Dominican Republic between January and May.

High-ranking Colombian intelligence officials have been in Haiti since late on Friday to assist with the investigation.

Haitians in parts of Port-au-Prince were planning protests this week against interim prime minister and acting head of state Claude Joseph, according to social media posts.

Joseph’s right to lead the country has been challenged by other senior politicians, threatening to exacerbate the turmoil engulfing the poorest country in the Americas. — Reuters

These were the details of the news Colombian police say no ‘hypothesis’ in Haiti assassination probe for this day. We hope that we have succeeded by giving you the full details and information. To follow all our news, you can subscribe to the alerts system or to one of our different systems to provide you with all that is new.