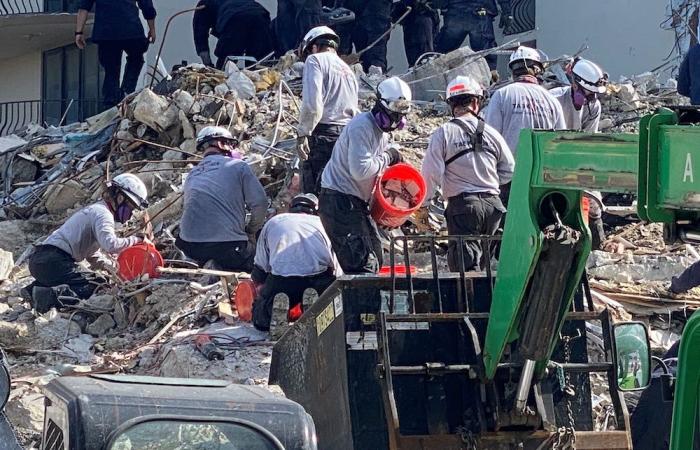 Hello and welcome to the details of Death toll in Miami-area condo collapse rises to 90, mayor says and now with the details

MIAMI, July 11 —The death toll in the collapse of a Miami-area condominium rose to 90 today from 86, as crews continued their grim search for human remains in the building’s wreckage, Miami-Dade County Mayor Daniella Levine Cava said.

Another 31 people were still “potentially unaccounted for,” with many feared dead in the concrete and steel rubble of the 12-story oceanfront building in Surfside that partially collapsed in the early morning hours of June 24, Levine Cava said at a briefing.

“The numbers are fluid and they will continue to change as these efforts continue,” she said. — Reuters

These were the details of the news Death toll in Miami-area condo collapse rises to 90, mayor says for this day. We hope that we have succeeded by giving you the full details and information. To follow all our news, you can subscribe to the alerts system or to one of our different systems to provide you with all that is new.