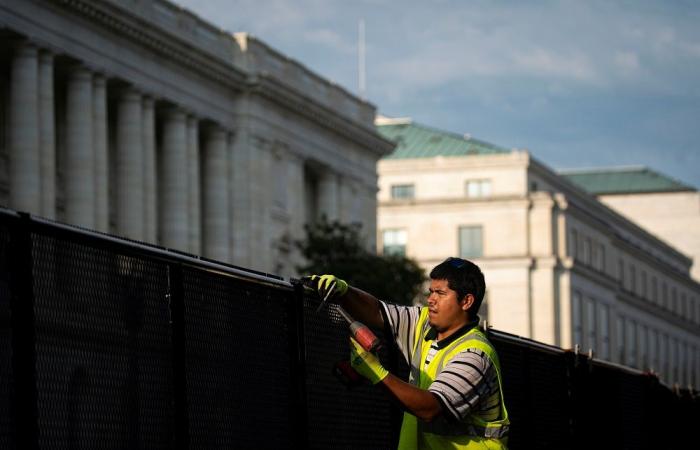 WASHINGTON, July 10 ― More than six months after the deadly US Capitol insurrection, authorities yesterday began the process of dismantling fencing and barricades surrounding the iconic Washington building, although some access restrictions will remain in place.

Personnel were seen removing bars connecting sections of the eight-foot (2.4-metre) black metal fencing that had been erected in the days following the violent unrest at the citadel of American democracy.

Removal of the fence itself was to begin early today, workers on the site said, with the deconstruction operation expected to last through the weekend.

Thousands of National Guard troops were stationed there following the attack, and a wide security boundary complete with razor wire turned the Capitol into a fortress for months.

An outer perimeter was dismantled in March, but the fencing, Capitol Hill traffic detours and a ban on visitors has irritated lawmakers from both parties.

In a letter to lawmakers this week, Senate Sergeant at Arms Karen Gibson said US Capitol Police will continue to “monitor intelligence information and the associated threat environment,” and that if threat conditions warrant, the temporary fencing could be reinstalled quickly.

“Additionally, though the temporary fencing will be removed, building access restrictions implemented in response to Covid-19 remain in place and will be enforced,” Gibson said.

House Speaker Nancy Pelosi launched a security review after the attack to study ways to bolster security around the Capitol.

Security concerns remained an issue for months. On April 2, a policeman was killed and another wounded when a man crashed his car into a barrier at the complex.

US Capitol Police shot the driver dead as he jumped out of the car and lunged with a knife. ― AFP

These were the details of the news Removal of US Capitol fencing begins six months after Jan 6 riot for this day. We hope that we have succeeded by giving you the full details and information. To follow all our news, you can subscribe to the alerts system or to one of our different systems to provide you with all that is new.