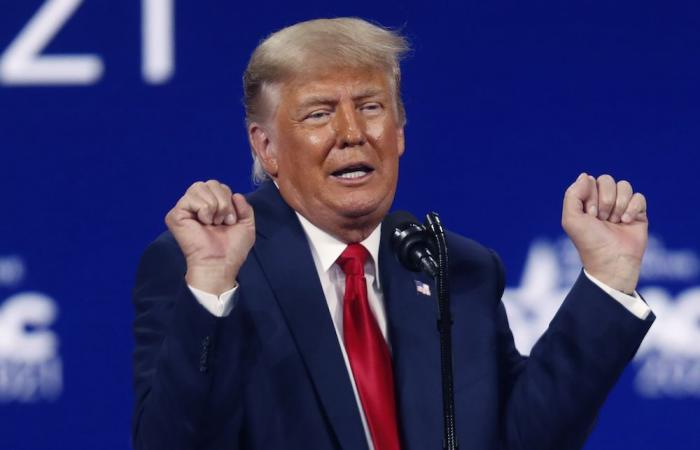 Hello and welcome to the details of Trump announces anti-censorship lawsuit against Facebook, Twitter and now with the details

WASHINGTON, July 8 — Former US president Donald Trump on Wednesday unveiled a lawsuit against Facebook, Twitter and Google, escalating his years-long free speech battle with tech giants who he argues have wrongfully censored him.

The nation’s top tech firms have become the “enforcers of illegal, unconstitutional censorship,” added the 75-year-old Republican, who was banned from posting on Facebook and Twitter after his repeated false claims of 2020 election fraud fuelled the violent January 6 siege of the US Capitol by his supporters.

Trump is being joined in the suit by the America First Policy Institute. They have invited thousands of citizens who have been “de-platformed” from social media sites to sign on.

“We are standing up for American democracy by standing up for free speech rights of every American — Democrat, Republican, independent, whoever it may be,” Trump said. “This lawsuit is just the beginning.”

Legal experts say the case — which may or may not be deemed a class action, a designation granted by a court and not just declared by a litigant — is unlikely to gain traction.

But Trump’s team and the Repubican National Committee were quick to fundraise off of it.

Trump filed the complaints in US District Court in southern Florida, where he is seeking an immediate halt to censorship, blacklisting and what he called the “cancelling” of people who share his political views.

He stressed he is not looking for any sort of a settlement. “We’re in a fight that we’re going to win,” he said.

The suit comes amid efforts by Congress to curb the powers of big tech. Last month the House of Representatives advanced sweeping reforms of antitrust laws aimed at the business practices of Google, Apple, Amazon and Facebook.

Facebook banned Trump indefinitely on January 7 over his incendiary comments that preceded the Capitol insurrection.

In June, following a review by Facebook’s independent oversight board, Facebook narrowed the ban to two years.

Trump said YouTube and its parent organization Google have deleted “countless videos” including many addressing the handling of the coronavirus pandemic.

The billionaire, his allies and many supporters say the ban on Trump and others amount to censorship and abuse of power.

“There is no better evidence that big tech is out of control than the fact that they banned the sitting president of the United States,” Trump said.

Trump, his political campaigns and the Trump Organization have been involved in more than 3,000 legal cases in the past 30 years. Legal experts give this one little chance of succeeding.

In the complaint against Facebook, Trump argues that big tech’s cooperative work with federal authorities effectively shifts their status from private company to state actor.

“As such, Defendant is constrained by the First Amendment right to free speech in the censorship decisions it makes regarding its Users,” the complaint states.

“Frivolous class action litigation will not change the fact that users — even US presidents — have to abide by the rules they agreed to,” CCIA President Matt Schruers said.

Trump has begun holding public events, including campaign-style rallies, as he seeks to remain the nation’s most influential Republican.

He has teased a potential 2024 presidential run but has made no announcement on his political future. — AFP

These were the details of the news Trump announces anti-censorship lawsuit against Facebook, Twitter for this day. We hope that we have succeeded by giving you the full details and information. To follow all our news, you can subscribe to the alerts system or to one of our different systems to provide you with all that is new.