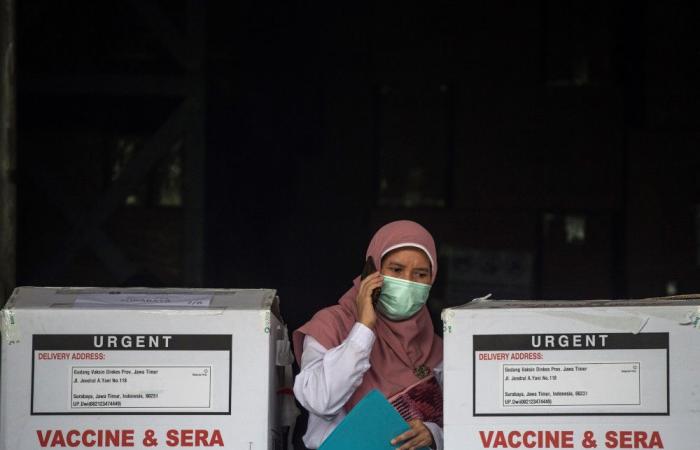 JAKARTA, July 6 — Indonesia has prepared backup medical facilities for a worst-case scenario where daily coronavirus infections reach 40,000 to 50,000, an official said today, as the country reported another day of record fatalities from its worst outbreak so far.

Indonesia has one of Asia’s most severe Covid-19 epidemics, exacerbated by the highly infectious Delta variant, with hospitals overstretched, oxygen supply problems and a growing number of sick unable to receive medical attention.

Southeast Asia’s largest and most populous country has seen record daily infections in 11 of the past 16 days, with 31,189 new cases and 728 fatalities today.

Just 1.6 per cent of its more than 270 million population have been fully vaccinated against Covid-19.

Senior Minister Luhut Pandjaitan said the government has plans to increase oxygen supplies and has identified accommodation infrastructure that can be converted into isolation facilities in the worst-case scenario.

“The number can go up to 40,000 or more, that’s why we have prepared scenarios - when it comes to medications, oxygen, and also hospitals,” Luhut said, adding that help had been sought from countries like China and Singapore.

Health minister Budi Gunadi Sadikin said the government was adding nearly 8,000 new beds in Greater Jakarta, and was closely watching Sumatra and Kalimantan, which were seeing a rise in cases of the Delta variant.

As of yesterday, 76 per cent of beds in Indonesian hospitals were occupied, health ministry data showed, though some regions on Java island have reported a rate higher than 85 per cent.

Indonesia on Saturday tightened curbs on movement, office work, dining and air travel on Java and Bali islands and today tightened measures in 20 other provinces.

Authorities have voiced concern about reports of heavy traffic in Jakarta and the city’s governor Anies Baswedan said on Twitter his inspection of office buildings today found a number of non-essential businesses still operating.

“We bury more than 300 people per day, those are our brothers and sisters,” he said in an accompanying video. “This is all about protecting them.” — Reuters

These were the details of the news Indonesia readies more medical options for worst-case coronavirus scenario for this day. We hope that we have succeeded by giving you the full details and information. To follow all our news, you can subscribe to the alerts system or to one of our different systems to provide you with all that is new.