Lambda — latest COVID variant flagged by the WHO 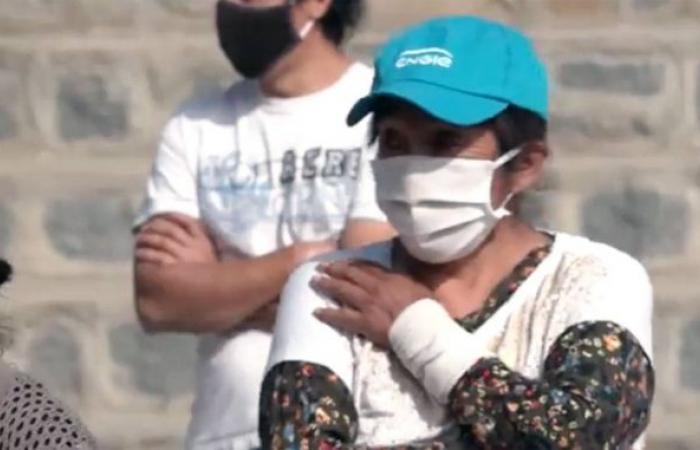 Hind Al Soulia - Riyadh - GENEVA — The latest variant to be highlighted by the World Health Organization, named Lambda, has now been found in at least 27 different countries.

It is especially widespread across South America, having first appeared in Peru in August last year, and is accounting for more and more cases in these countries.

Having found its way to Europe, where there is already an ongoing battle against the Delta variant, due to lack of study it is still unclear how major a cause of concern it might be.

It is not yet listed as a ‘variant of concern’, rather a ‘variant of interest’ by the WHO, meaning it has been identified as causing transmission or detected in multiple countries.

Lambda accounts for nearly 82% of the coronavirus case samples reported during May and June, according to the Pan American Health Organization (PAHO).

PAHO’s Regional Advisor on emerging viral diseases, Jairo Mendez, said on June 30 it had been detected in eight countries of Latin America and the Caribbean, “but sporadically in most countries”.

While it is clearly the dominant strain in Peru, in Chile it accounts for more than 31% of the samples from May and June.

Mendez said there was not yet clear evidence it was a more transmissible virus.

“It is possible that the transmission capability is increased. This is a phenomenon that is not well studied and documented, and we can't do a comparison between other variants such as Gamma and Delta.

Public Health England in the UK recently reported a handful of cases caused by Lambda had been detected in the country, and recognized it as having “a potential increased transmissibility or possible increased resistance to neutralizing antibodies”.

However, it said more studies were needed. An NYU Grossman School of Medicine study that hasn’t yet been peer-reviewed, published on July 3, suggested vaccines are in fact effective against the Lambda variant.

The appearance of the variant comes amid a battle in Europe against the Delta variant, first discovered in India, which the WHO has warned will be dominant by August.

The Delta variant is believed to include mutations that make it easier for the novel coronavirus to latch onto the cells in the human body.

This means the variant spreads more easily than the original — and therefore has greater potential to cause outbreaks.

It is not yet known whether the variant also makes people more sick, and research on this is under way.

According to experts, 70 percent of the world's population needs to be vaccinated against the coronavirus for global herd immunity.

At the end of June, about 10.4 percent of the world's population had been vaccinated, of which low-income countries accounted for just 0.9 percent.

In many developing countries, not even health or care workers have been vaccinated. — Euronews

These were the details of the news Lambda — latest COVID variant flagged by the WHO for this day. We hope that we have succeeded by giving you the full details and information. To follow all our news, you can subscribe to the alerts system or to one of our different systems to provide you with all that is new.