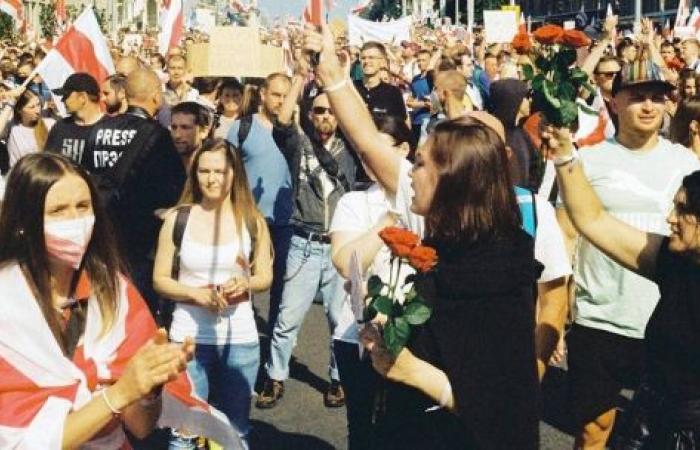 Hind Al Soulia - Riyadh - MINSK — Belarus has witnessed an unprecedented human rights crisis over the past year, the independent expert appointed to monitor the country said on Monday, calling on authorities to immediately end their policy of repression and fully respect the legitimate aspirations of their people.

Belarus has witnessed an unprecedented human rights crisis over the past year, the independent expert appointed to monitor the country said on Monday, calling on authorities to immediately end their policy of repression and fully respect the legitimate aspirations of their people.

In her annual report to the Human Rights Council, Anaïs Marin said she had received reports of massive police violence used against protesters — since last August’s disputed presidential election brought millions onto the streets to contest the result — cases of enforced disappearance, allegations of torture and ill-treatment and the continuous intimidation and harassment of civil society actors.

“The Belarusian authorities have launched a full-scale assault against civil society, curtailing a broad spectrum of rights and freedoms, targeting people from all walks of life, while systematically persecuting human rights defenders, journalists, media workers and lawyers in particular,” Marin told the Council.

“The crackdown is such that thousands of Belarusians have been forced or otherwise compelled to leave their homeland and seek safety abroad; yet the downing of a civilian plane in Minsk on May 23, for the apparent sole purpose of arresting a dissident who was on board, signaled that no opponent to the current Government is safe anywhere,” the expert added.

She noted that the significant deterioration of the human rights situation in Belarus started in late spring 2020 and climaxed in the aftermath of the presidential election of Aug. 9, the results of which were widely contested.

Malpractices were reported during the election campaign, as most opposition candidates were forced out of the race, while the vote count was marred by allegations of fraud.

“Distrust in the legitimacy of the electoral outcome triggered spontaneous and largely peaceful popular protests to which the authorities responded with unjustified, disproportionate and often arbitrary force,” said the Special Rapporteur.

She reminded that over 35,000 people have been detained since then for trying to exert their right to freedom of peaceful assembly, including women and children arrested for peacefully demonstrating solidarity with victims of police violence.

“Since August 2020 I received innumerable allegations of beatings and ill-treatment, including torture in detention, but also allegations of rapes, enforced disappearances and even killings — all remain to be investigated.”

She said she was also alarmed by the hundreds of cases of criminal prosecution of human rights defenders and lawyers, journalists and medical staff, which have taken place, simply for doing their job.

“As the legal and judicial systems in Belarus protect the perpetrators of grave human rights violations, continuing impunity means that there is no guarantee of non-reoccurrence,” Marin said.

“Hence the international community should keep on demanding the release and rehabilitation of all those still detained on political grounds, and support initiatives aiming at bringing perpetrators of the most serious crimes to account”.

The UN expert also expressed concerns about the impact the ongoing crackdown has had on the right to education, pointing to discriminatory measures that persist in Belarus against people with disabilities, ethno-linguistic minorities, people living in rural areas and those deprived of liberty.

“I call on the Belarusian authorities to put an end to their policy of repression, to immediately and unconditionally release those arbitrarily detained, and to ensure full respect for the human rights and legitimate democratic aspirations of people in Belarus,” the UN expert said, warning that a further aggravation of the human rights crisis and international self-isolation could have disastrous consequences for the whole country.

Independent Special Rapporteurs are appointed by the UN Human Rights Council, which is based in Geneva. They are not UN staff nor are they paid by the Organization. — UN News

These were the details of the news ‘Full-scale assault’ ongoing against civil society amid massive human rights violations in Belarus for this day. We hope that we have succeeded by giving you the full details and information. To follow all our news, you can subscribe to the alerts system or to one of our different systems to provide you with all that is new.