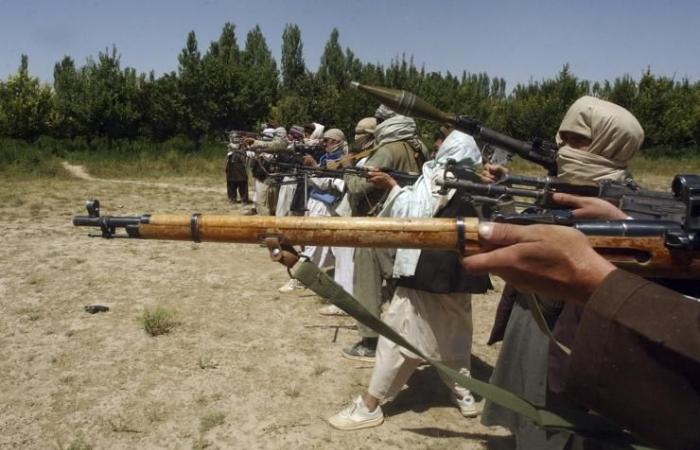 KABUL, July 6 ― The Taliban plan to present a written peace proposal to the Afghan government side as soon as next month, a spokesman for the Islamist insurgents said even as they make major territorial gains in the breach left by departing foreign forces.

Hundreds of Afghan security force members have fled into neighbouring Tajikistan in the face of Taliban advances since the United States vacated its main Afghan base, centrepiece of US and Nato might for almost two decades in the country, as part of a plan to withdraw all foreign troops by September 11.

While the transfer of Bagram Air Base to the Afghan army added momentum to a Taliban drive to seize control over new districts, Taliban leaders renewed the long stalled talks with Afghan government envoys in Qatar's capital Doha last week.

“The peace talks and process will be accelerated in the coming days ... and they are expected to enter an important stage, naturally it will be about peace plans,” Taliban spokesperson Zabihullah Mujahid told Reuters yesterday.

“Possibly it will take a month to reach that stage when both sides will share their written peace plan,” he said, adding that the latest round of talks were at a critical juncture.

“Although we (Taliban) have the upper hand on the battlefield, we are very serious about talks and dialogue.”

The upsurge in fighting and the flight of thousands of members of the tattered Afghan security forces have raised grave doubt about the U.S.-backed peace negotiations, which began last year under the then-President Donald Trump's administration.

Responding to a request for comment on the Taliban representative's remarks, a spokesperson for the US State Department said a negotiated settlement was the only way to end 40 years of war in Afghanistan.

“We urge the sides to engage in serious negotiations to determine a political roadmap for Afghanistan’s future that leads to a just and durable settlement, the official said.

“The world will not accept the imposition by force of a government in Afghanistan,” the official added. “Legitimacy and assistance for any Afghan government can only be possible if that government has a basic respect for human rights.”

Taliban advances on the ground

Western security officials said insurgent forces have captured more than 100 districts but the Taliban say they have control of more than 200 districts in 34 provinces comprising over half the Central Asian country.

On Sunday, more than 1,000 Afghan security personnel retreated across the northern border into Tajikistan after Taliban advances, the Tajik border guard service said, while dozens of others were captured by the insurgents.

Diplomats overseeing the intra-Afghan talks have repeatedly sought neighbouring Pakistan's help to convince Taliban leaders to offer a written peace plan even if it took a maximalist line, such as the restoration of hardline Islamist rule reminiscent of the group's 1996-2001 period in power.

Last month the European Union's special envoy for Afghanistan, Tomas Niklasson, said time was running out and that a written proposal would be a sign of successful Pakistani leverage over the Taliban.

Najia Anwari, spokesperson for Afghanistan's Ministry for Peace Affairs, confirmed that intra-Afghan talks had resumed and said its representatives were “very happy” that Taliban envoys were rejecting the process outright.

“It is difficult to anticipate that the Taliban will provide us with their written document of a peace plan in a month but let's be positive. We hope they present (it) so as to understand what they want,” said Anwari.

Last month the head of Afghanistan's official peace council called for the long halting talks on a settlement to decades of devastating violence should not be abandoned despite surging Taliban attacks - unless the insurgents themselves pulled out.

Last week US forces vacated Bagram Air Base as part of an understanding with the Taliban, against whom it has fought since ousting the radical Islamist movement from power after the September 11, 2001 al-Qaeda attacks on the United States. ― Reuters

These were the details of the news Taliban aim to present written peace plan at talks as soon as next month for this day. We hope that we have succeeded by giving you the full details and information. To follow all our news, you can subscribe to the alerts system or to one of our different systems to provide you with all that is new.