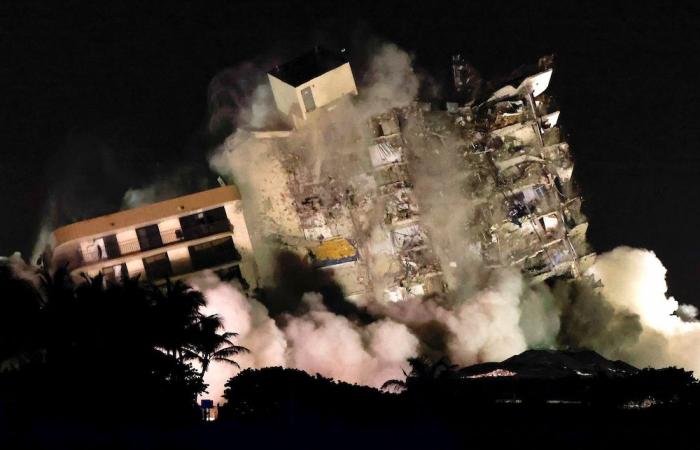 SURFSIDE (US), July 5 — Work sifting through the debris of a collapsed condo tower resumed today in Florida, hours after a controlled explosion brought down the unstable remains of the building ahead of a threatening storm, reports said.

The confirmed death toll in the collapse of the 12-story Champlain Towers South in Surfside stood at 24 with 121 people missing, but an Israeli search official put the chances of finding survivors at “close to zero”.

Crews resumed work at the site, US media reported, hours after the remaining section of building was toppled in haze of smoke and dust.

Authorities had halted efforts because the unstable structure posed a threat to search and rescue teams, especially ahead of the possible arrival of Tropical Storm Elsa, probably Tuesday.

But as workers climbed back onto the huge debris pile, the head of an elite Israeli search-and-rescue team helping with the effort, Colonel Golan Vach, said on CNN he had told family members that while he tried to remain optimistic, the chances of now finding survivors were “close to zero”.

The imminent arrival of Tropical Storm Elsa—it was expected to reach west-central Cuba by midday today before passing near the Florida Keys—forced authorities to accelerate the demolition schedule.

The collapse in the early hours of June 24 had sparked a massive search-and-rescue effort, but no survivors have been found since the day of the collapse.

Experts are looking at possible pre-existing critical flaws in the building’s structure, and are surveying other older high-rises in the area for potential problems. — AFP

These were the details of the news Work resumes after rest of collapsed Florida building razed for this day. We hope that we have succeeded by giving you the full details and information. To follow all our news, you can subscribe to the alerts system or to one of our different systems to provide you with all that is new.