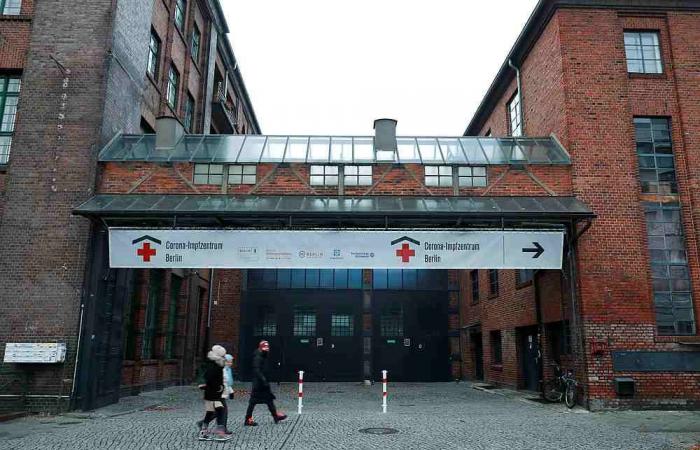 BERLIN, July 5 — A rising number of Germans are not showing up for Covid-19 vaccination appointments, prompting calls for fines to be imposed as Germany races to get shots in arms to counter the rapid spread of the more infectious Delta variant.

Mario Czaja, head of the Berlin Red Cross, said 5 -10 per cent of people were skipping appointments at the city’s vaccination centres - with second doses particularly affected - up from a no-show rate of less than 0.5 per cent at the start of the year.

With around 15,000 vaccinations planned per day at the centres, the number of wasted appointments is having a “massive effect on Berlin’s vaccination coverage”, Czaja told Deutschlandfunk radio today.

“We need the free slots. We are still not out of the woods and we can’t afford to be negligent,” he said, urging people to cancel their appointments if they managed to get a second dose earlier elsewhere.

Despite the missed appointments, Czaja said the centres have not had to discard vaccines as, once thawed, they can be stored for three to four days in fridges.

People might be skipping second shots because they have been vaccinated by their family or company doctor, or may be on holiday, Christian Fuellers, medical director of a vaccination centre in North Rhine-Westphalia, told ARD television.

Young men in particular also appear to think getting one dose will be sufficient, he added.

Whatever the reasons, no-shows pose a headache to Germany’s plan to speed up vaccinations to try and get ahead of the more contagious Delta variant, now responsible for half of German coronavirus cases and expected to dominate later this month.

German Chancellor Angela Merkel wants Germany to achieve a vaccination rate of 80 per cent, a participant in a meeting of her party’s executive committee told Reuters.

Around 39 per cent of Germans have now received the recommended two shots, while 56.5 per cent has had at least one dose.

Germany, Europe’s most populous country and largest economy, is expected to receive a bumper delivery of 7.65 million doses this week, according to Health Ministry data, of which 4.95 million are destined for its vaccination centres.

But the seven-day daily average of administered shots slumped last week to 701,998 per day, down almost 18 per cent on the daily average seen in the second week of June.

Czaja has suggested that a fine of between €25-€30 (RM123-RM148) be levied on those who miss appointments. But others have warned that such action could be counterproductive.

“Instead of thinking about penalties, we should think about what we can do to keep vaccinations up,” Reinhard Sager, president of the German Association of Districts, told Die Welt.

Elsewhere, countries from the United States to Russia have introduced incentives, such as cash or the opportunity to win a car or an apartment, to try to boost vaccine take-up. Some Russian regions have also introduced compulsory vaccination for some workers. — Reuters

These were the details of the news Germany worried about Covid-19 vaccination ‘no shows’ for this day. We hope that we have succeeded by giving you the full details and information. To follow all our news, you can subscribe to the alerts system or to one of our different systems to provide you with all that is new.