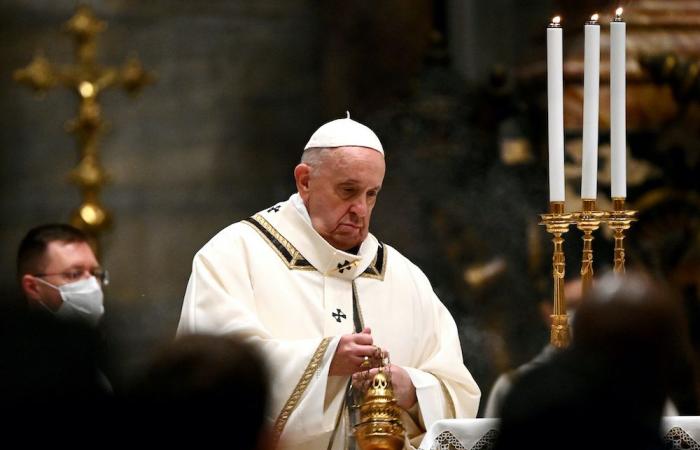 Hello and welcome to the details of Pope doing well after intestinal surgery, Vatican says and now with the details

VATICAN CITY, July 5 — Pope Francis is doing well following intestinal surgery, the Vatican said on Sunday after the 84-year-old pontiff was hospitalised for the first time since his election in 2013.

Spokesman Matteo Bruni said in a statement that the pontiff “responded well” to the surgery, which was done under general anaesthesia and which the Vatican had said earlier had been scheduled and not prompted by an emergency.

He gave no further details about the surgery or how long it lasted and did not say how long the pope would remain in Rome’s Gemelli hospital.

The pope entered the hospital early on Sunday afternoon and the statement was issued just before midnight Rome time.

Francis underwent surgery for symptomatic diverticular stenosis of the colon, a condition where sac-like pouches protrude from the muscular layer of the colon, leading it to become narrow. The operation was carried out by a 10-person medical team.

In addition to causing pain, the condition can lead to bloating, inflammation, and difficulty in bowel movement. It tends to affect older people more.

The pope appeared to be in fine health several hours earlier when he addressed thousands of people in St. Peter’s Square for his Sunday blessing and announced a trip to Slovakia and Budapest for September.

The sprawling Catholic-run Gemelli hospital and medical school in the northern part of Rome traditionally treats popes and a part of its 10th floor is permanently reserved for them.

As he does every year in July, Francis already had suspended all of his general and private audiences for the month. The surgery appeared to be timed to coincide with a period in which he has only one public commitment — his Sunday blessing in St. Peter’s Square.

Unlike his predecessors, he stays in the Vatican and has never used the sprawling papal summer estate in the Alban Hills south of Rome.

Francis is sometimes short of breath because a part of one of his lungs was removed following an illness when he was a young man in his native Argentina.

He also suffers from sciatica, which causes pain that radiates from the lower back along the sciatic nerve to the legs.

The condition, for which he receives regular physiotherapy, forced him to miss several events at the beginning of this year and has led him on occasions to walk with difficulty.

Last year, a bad cold kept him from taking part in a week-long Lenten retreat with senior aides south of Rome.

In 2014, a year after he was elected pope, Francis was forced to cancel several engagements because of what was believed to be a stomach ailment. — Reuters

These were the details of the news Pope doing well after intestinal surgery, Vatican says for this day. We hope that we have succeeded by giving you the full details and information. To follow all our news, you can subscribe to the alerts system or to one of our different systems to provide you with all that is new.