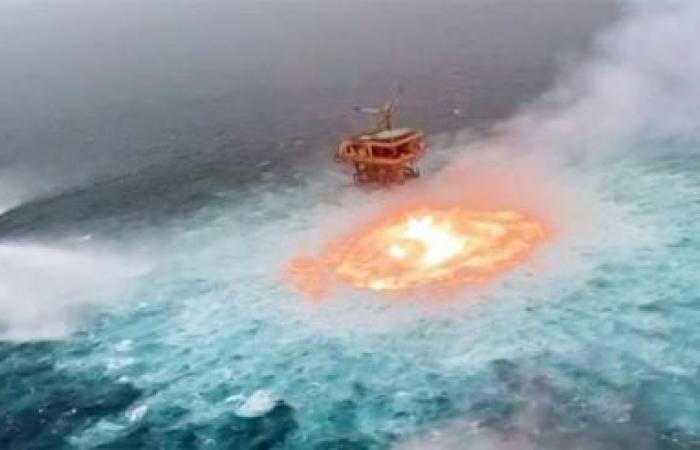 Hind Al Soulia - Riyadh - MEXICO CITY — A fire in the sea off Mexico due to a gas leak in an underwater pipeline was extinguished after five and a half hours, the state oil company Pemex said on Friday.

The fire broke out in the southern waters of the Gulf of Mexico on Friday after an underwater pipeline leaked, literally setting the “ocean on fire”.

The fire occurred 150 meters away from a drilling platform of the Ku-Maloob-Zaap oil production facility in the Gulf of Mexico, DPA reported.

According to Pemex, there were no injuries and no people had to be brought to safety. Normal operations have been restored and the incident is being investigated, it said.

As videos of the “eye of fire” went viral on social media, netizens are spewing out memes hours after numerous vessels were seen dousing the flames.

Footage of what looked like a scene from an end-of-the-world movie, showing bright orange flames jumping out of water resembling molten lava, took social media by storm.

As authorities were alerted, three boats were seen in action putting out the flames. One vessel, seen far from the fire, has triggered a plethora of memes. Check out some of the funniest reactions here:

According to a statement released by the company, “The incident was dealt with immediately when the security protocols were activated and with the accompaniment of nearby fire fighting vessels such as Santa Cruz Island, Campeche Bay and Bourbon Alienor.”

They added that following the fire incident, “the interconnection valves in the pipeline were closed”.

These were the details of the news Flames erupt in Gulf of Mexico after underwater gas pipeline ruptures for this day. We hope that we have succeeded by giving you the full details and information. To follow all our news, you can subscribe to the alerts system or to one of our different systems to provide you with all that is new.