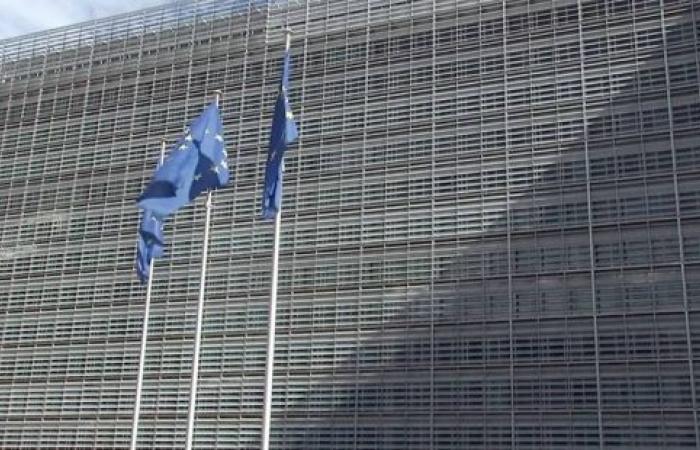 We show you our most important and recent visitors news details Ireland, Hungary and Estonia opt out of OECD tax deal and cast shadow over EU's unified position in the following article

Hind Al Soulia - Riyadh - BRUSSELS — A total of 130 countries representing more than 90% of global GDP are this week celebrating a landmark technical agreement to overhaul the global tax system and increase their revenues to finance the costly post-coronavirus recovery.

Canada calls the text a "tremendous achievement", Argentina says it's a "historic moment" and the United States thinks the deal sends a clear message: "The race to the bottom is one step closer to coming to an end".

For the European Commission, a long-time advocate of tax reform, the agreement represents a necessary step "towards fairer taxation". Paris, Berlin, Madrid, Rome and many others joined Brussels on Thursday evening in a collective celebration of the good news.

But not every capital rose its glass to cheer. Three EU member states — Ireland, Hungary and Estonia — refused to sign up to the deal, which was reached within the Inclusive Framework of the Organization for Economic Cooperation and Development (OECD), a group that encompasses 139 countries and jurisdictions.

Of all these, only nine opted out: Kenya, Nigeria, Peru, Sri Lanka, the three aforementioned EU countries, and two Caribbean islands generally considered tax havens: Barbados, and Saint Vincent and the Grenadines. All the G20 countries, including China, Russia and India, endorsed the agreement

The draft text is based on the OECD's two-pillar package whose main goal is to increase fairness, certainty and stability in the global tax system.

The first pillar is centered on the partial re-allocation of taxing rights to ensure that taxing profits is no longer exclusively determined by a company's physical presence.

Using a complex formula, countries would be able to obtain a share of the profits that multinational companies make inside their markets. More than $100 billion of profits are expected to be re-distributed.

The second pillar is focused on establishing a minimum effective tax rate of 15% for the profits obtained by large multinationals, wherever they are based. The OECD estimates the minimum rate would generate around $150 billion in additional global tax revenues every year.

The decision from Dublin, Budapest and Tallinn immediately cast a shadow over the EU's negotiating position ahead of next week's G20 meeting, where the Commission intends to showcase a unified European standpoint that matches the ambitions of like-minded allies, like the US, the UK and Canada.

According to the EU treaties, any changes to tax policy need to be approved by unanimity, which means that just one "no" is enough to derail a reform supported by the other 26 member states.

The unanimity requirement, also present in foreign policy, has created a disparate tax landscape across the bloc, where different regimes and rates coexist within a borderless single market.

On the one hand, countries like Ireland (12.5%) and Hungary (9%) offer attractive corporate tax rates in order to entice international companies to set up their European headquarters in their cities. On the other hand, companies based in France, Germany, Portugal and Belgium have to submit their profits to rates that exceed 29% — almost triple that of their peers.

"I was not in a position to join the consensus on the agreement and specifically a global minimum effective tax rate of ‘at least 15%’ today. I have expressed Ireland’s reservation, but remain committed to the process and aim to find an outcome that Ireland can yet support," said Paschal Donohoe, Ireland's Finance Minister, shortly after the breakthrough was announced.

His Hungarian counterpart, Mihály Varga, argued a minimum tax rate would hamper growth and constitute a burden for the country's economic activity.

Estonia, whose corporate tax rate ranges from 14 to 20% and only targets "distributed profits" (mainly earnings shared with shareholders as dividends), voiced two main objections to the OECD text.

"Firstly, the current version enables the state where the company's headquarters is located to tax the profit earned in Estonia if Estonia has not taxed the local subsidiary's profit within three to four years," a statement from the Ministry of Finance said.

"Secondly, a minimum turnover rate should be set for the groups from which a minimum tax may be levied, rather than it being left open."

The three countries insisted on one particular point: any OECD deal must meet the needs of all countries, both large and small. Ireland, Hungary and Estonia see their attractive corporate tax rates as an essential tool to compete against most powerful economies.

However, according to US Treasury Secretary Janet Yellen, it's exactly this global "race to the bottom" to offer the lowest rates what has deprived economies of revenues they are entitled to collect.

The need to boost public finances is one of the main drivers behind this sudden push to reform the global tax system — a necessity made even more urgent by the devastating impact of the pandemic.

For Brussels, the bold move of Ireland, Hungary and Estonia puts the whole bloc in a precarious and somewhat awkward negotiating position, where the official line towards the international community is diminished by a group of small countries that together account for over 4% of the EU's GDP,

Reacting to the news on Friday afternoon, a spokesperson of the European Commission said the executive would continue to engage with the three member states to guarantee the bloc can reach internal consensus by October.

The Commission hopes that, as technical details of the draft text are developed, the three holdouts will be convinced to sign off.

"I would expect the Irish government to beat a noisy retreat, so to speak. I think they will ultimately sign up to this deal. Partly because Ireland has a lot of other things that it can offer foreign companies if they remain or continue to locate in Ireland," Jacob Kirkegaard, senior fellow at the German Marshall Fund, told Euronews.

Kirkegaard believes that Ireland is now engaging in "grand politics" and will eventually make up its mind because "it really wants full support of the rest of the EU and the United States in the ongoing Brexit negotiations".

"A country like Hungary, I'm less certain about, because it's not clear really why a lot of foreign companies would locate in Hungary, where obviously the rule of law and [other] issues are under questioned, if they cannot pay a very, very low tax," Kirkegaard adds.

But Hungary might lose out regardless of the position it chooses to defend.

According to the draft deal, even if a corporation decides to set up shop in Hungary to benefit from its 9% tax rate, the company's country of origin would be entitled to tax up to 6% of the profits in order to reach the minimum 15% threshold.

For the OECD, this cross-border redistribution of taxing rights is meant to reflect the economic changes brought upon by digitalization and globalization, which have rendered obsolete the traditional formula of taxing profits only in the country where the company is physically located.

"We don't need tax havens or the low tax jurisdictions to be part of the deal because the deal is conceived in such a way where taxing countries will take the difference between what companies have effectively paid when it's small, with the at least 15%.

“So this is very robust and there is no risk of creating new tax havens, rather the opposite," said Pascal Saint-Amans, director at OECD's Centre for Tax Policy and Administration.

The European Union is now focused on the crucial meeting that will take place next week in Venice: Finance ministers and central bank governors from the G20 are set to meet in person to officially rubberstamp the OECD draft deal and kick off in-depth discussions to make it a concrete reality.

The Group of 20, seen as more diverse and inclusive than the Western-centered G7, which initiated the tax reform, is considered the most important forum to consolidate efforts to overhaul the global tax system and mobilize other nations around the world.

In the best-case scenario, the new rules could come into force as soon as 2023, although difficult negotiations to thrash out the technical details and make the provisions enforceable could delay the official implementation.

In the meantime, the Commission has vowed to go ahead with its proposal to establish an EU-wide tax on digital companies, an idea that the Administration of US President Joe Biden resents and is attempting to delay. — Euronews

These were the details of the news Ireland, Hungary and Estonia opt out of OECD tax deal and cast shadow over EU's unified position for this day. We hope that we have succeeded by giving you the full details and information. To follow all our news, you can subscribe to the alerts system or to one of our different systems to provide you with all that is new.