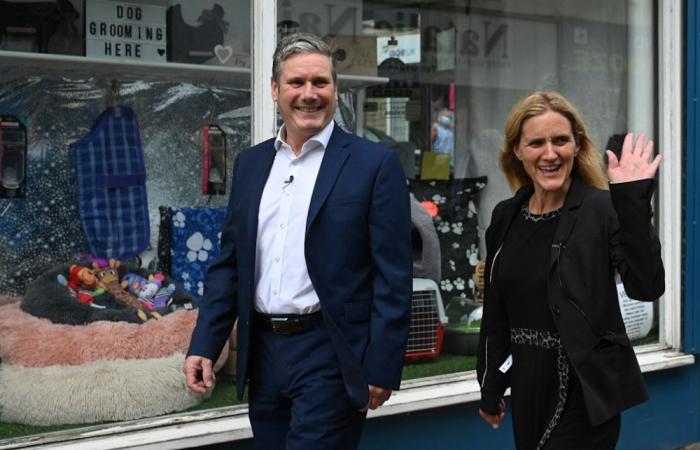 LONDON, July 2 — The sister of murdered British lawmaker Jo Cox narrowly won her old seat in parliament today in a by-election seen as a make-or-break for Keir Starmer, the embattled leader of the opposition Labour Party.

The by-election was closely watched as the seat of Batley and Spen lies in Labour’s traditional northern English heartlands, a region where Prime Minister Boris Johnson’s Conservatives have increasingly been making inroads.

Losing control of the seat could have cost Starmer his job, as he faces rising pressure within his party over his failure to dent Johnson’s support despite the pandemic and post-Brexit trade woes.

But Labour candidate Kim Leadbeater managed to see off her Conservative rival Ryan Stephenson by a slim margin of 323 votes, winning 35.27 per cent of the vote overall.

“I’m absolutely delighted that the people of Batley and Spen have rejected division and they’ve voted for hope,” Leadbeater said after the results were announced.

The seat was previously held by Leadbeater’s sister Cox, who was murdered by a far-right extremist during the febrile Brexit referendum campaign in 2016.

Cox, a pro-EU lawmaker seen as a rising Labour star, was shot and stabbed multiple times by a gunman who shouted “Britain first”, in an assassination that stunned the country.

Yesterday’s vote was triggered after Cox’s successor in the seat resigned to take over as regional mayor.

The by-election campaign has repeatedly turned ugly in recent weeks, marred by violence against Labour staff and allegations of smear tactics, anti-Indian racism and anti-Semitism.

Labour’s victory was also threatened by divisions on the left, with radical former Labour MP George Galloway taking 22 per cent of the vote on a Workers’ Party platform.

Galloway was accused of attempting to win the backing of the area’s large Muslim community by exploiting divisions over issues such as Kashmir and the Israeli-Palestinian conflict.

“I suffered abuse and intimidation myself, members of my campaign team were abused in the street and had things thrown at them,” said Leadbeater, a fitness trainer who set up a foundation in her sister’s name after her death.

“I just hope we can all agree that our politics is better than that. We shouldn’t be having that sort of behaviour.”

And she paid tribute to her sister, whose two children and widower encouraged her to stand.

“She’d be absolutely delighted... and if I can be half the MP that she was, then I’ll be doing a good job,” Leadbeater added.

Labour’s narrow win was met with relief from Starmer, who travelled to Batley and Spen following the victory.

He admonished harassment against Leadbeater as “unforgivable” given what happened to Cox.

“This campaign has been tough because others have poisoned it with hatred, with division, of finding difference, of misinformation, of lies, of harassment, threats and intimidation,” he said.

A more centrist candidate than his predecessor Jeremy Corbyn, Starmer was elected party leader after Labour suffered its worst election defeat in decades in a December 2019 parliamentary poll.

Starmer has faced pressure over how to position the party, which like many centre-left parties in Europe has struggled with its identity in recent years.

Challenges to Starmer’s leadership have been intensifying following a by-election defeat Hartlepool, another traditional Labour-voting seat in northern England. — AFP

These were the details of the news Murdered MP’s sister elected in key UK vote for this day. We hope that we have succeeded by giving you the full details and information. To follow all our news, you can subscribe to the alerts system or to one of our different systems to provide you with all that is new.