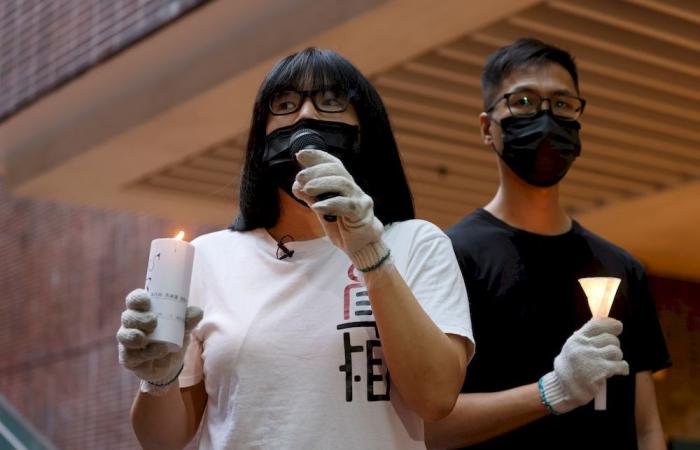 HONG KONG, July 2 — A Hong Kong court denied bail today to pro-democracy activist Chow Hang-tung, who was re-arrested on the eve of the anniversary of the former British colony’s handover to Beijing and the centenary of the Chinese Communist Party.

Chow, the vice-chairwoman of a group that organises annual vigils for the victims of China’s 1989 Tiananmen crackdown on pro-democracy protesters, was released this month after being arrested for promoting an unauthorised assembly on June 4.

She was again arrested on Wednesday and charged with incitement to knowingly take part in an unauthorised assembly.

Magistrate Veronica Heung of the West Kowloon court denied her bail, but she can next seek bail on July 9. The case was adjourned until July 30.

Chow, a barrister, could not be reached for comment. Earlier in June she had rejected the charge as “absurd”.

Concerns are growing over freedom in the financial hub, which Britain returned to China on July 1, 1997, under a “one country, two systems” formula of government that guaranteed wide-ranging autonomy not seen on the mainland.

Government critics say authorities have shrunk those rights, including freedom of speech and assembly, and are now using a contentious national security law to crush dissent.

Officials in Beijing and Hong Kong reject those assertions and say the law was necessary to plug gaping holes in the city’s national security defences exposed during anti-government protests in 2019.

On Thursday, as on June 4, thousands of police officers, as well as armoured vehicles and trucks carrying water cannon fanned out across the city to discourage gatherings.

Tens of thousands of people traditionally rally on the handover anniversary to protest against anything from Beijing’s grip on the city to unaffordable housing. Police had banned gatherings this year, citing the coronavirus. — Reuters

These were the details of the news Hong Kong court denies bail to democracy activist for this day. We hope that we have succeeded by giving you the full details and information. To follow all our news, you can subscribe to the alerts system or to one of our different systems to provide you with all that is new.