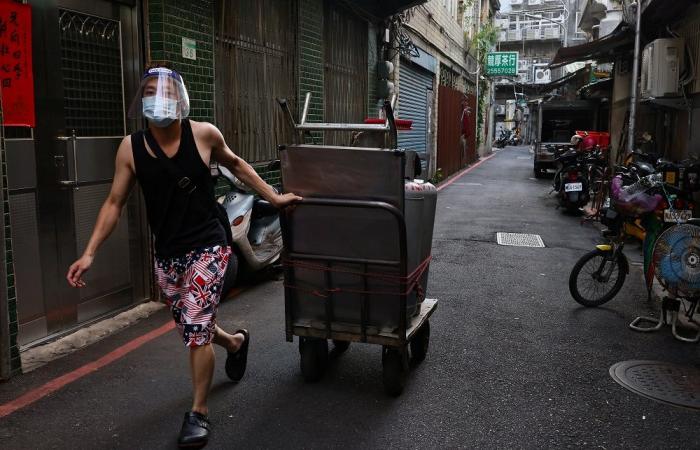 Taiwan has been dealing with a cluster of community infections since mid-May, but numbers had begun stabilising in recent weeks and were still comparatively low despite the outbreak at the market.

Health Minister Chen Shih-chung told reporters the market has been closed for three days, and there were likely to be more infections confirmed as the results of tests came through.

Chen announced 57 new domestic cases, but said 41 cases at the market had yet to be included in the official tally. Taipei's city government only confirmed those cases early Friday morning.

The market is in Taipei's Wanhua district, a hot spot where many of the initial infections in May were first reported.

Most of Taiwan's infections have been of the previously globally dominant Alpha variant.

A small outbreak of the highly contagious Delta variant in southern Taiwan has so far been brought under control, with Chen describing that outbreak as “stable”.

Taiwan's tally of infections stands at 14,911 since the pandemic began, including 676 deaths. ― Reuters

These were the details of the news Taiwan's market outbreak boosts Covid-19 infections for this day. We hope that we have succeeded by giving you the full details and information. To follow all our news, you can subscribe to the alerts system or to one of our different systems to provide you with all that is new.