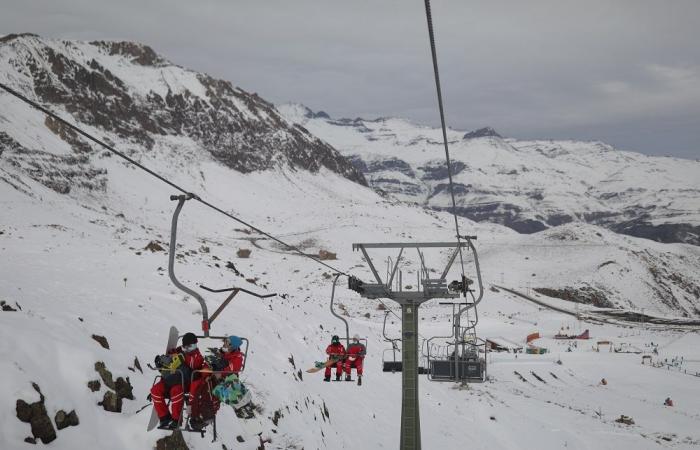 SANTIAGO, July 2 ― Chileans have returned to the slopes of the Andes mountains for the start of the ski season or the first time in two years, after last winter's season was scuppered by Covid-19-related lockdowns.

Scores of daytrippers from the capital, Santiago, took to skis, snowboards and toboggans to make the most of the thick powdery snow, with their faces obscured entirely by a combination of masks and goggles.

Chile was first hit by coronavirus in March last year, resulting in long months of strict lockdowns that lasted on and off until the end of the year.

In the first half of this year, an even fiercer second wave hit Chile as it raced to roll out what has been one of the world's fastest vaccination campaigns. But in recent weeks, authorities began relaxing lockdowns that had once again been put in place.

They have, however, maintained restrictions on group meetings, weekend activities and insisted people continue to wear masks with the menace of the more contagious Delta variant of the virus now confirmed in the South American country.

Ricardo Margulis, manager of the Valle Nevado ski centre just over 30 miles (50 kilometres) outside Santiago, said skiing fitted perfectly with the government's campaign for people to bolster their mental and physical health with outdoor exercise, after a tough 16 months.

“Skiing is a sport that is naturally socially-distanced,” he told Reuters TV. “You can't go near someone who is skiing or on a snowboard or you would crash into them. So there is no risk of contagion.”

The ski resorts attract many foreign tourists, mainly Brazilians, but few have come this year as Chile's borders remain closed.

Among the groups however enjoying the snow yesterday was a group of Venezuelan workers at a hospital in Santiago.

One of them, Abigail Baez, said: “It's not as cold as they'd told me, that you couldn't even speak. It's awesome.” ― Reuters

These were the details of the news Jubilant Chileans return to ski slopes as second Covid-19 wave subsides for this day. We hope that we have succeeded by giving you the full details and information. To follow all our news, you can subscribe to the alerts system or to one of our different systems to provide you with all that is new.