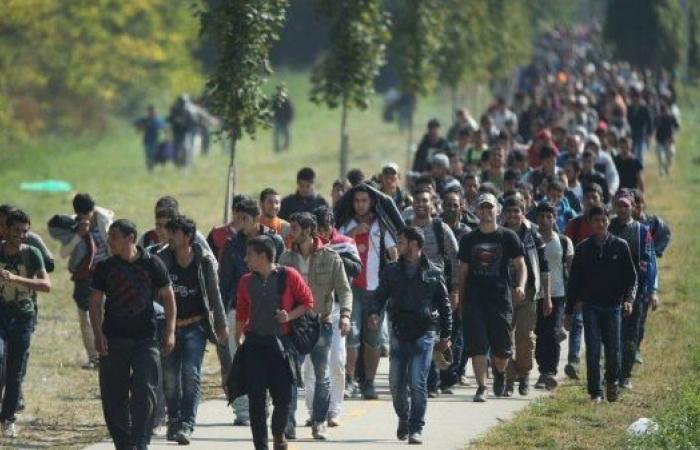 Hind Al Soulia - Riyadh - BRUSSELS — The murder of a teenage girl in Austria has sparked fresh debate over how the country deports asylum seekers who break the law.

The body of a 13-year-old girl was found on Saturday on a grass verge in a residential area of Vienna. Authorities suspect she had been drugged, and sexually abused before being killed.

Three male suspects have been arrested in connection with the case, and an international manhunt is underway for a fourth man.

All four suspects are from Afghanistan and are reportedly aged between 16 and 25 years old.

According to initial police investigations, the teenage girl had voluntarily gone to the flat of one of the suspects.

An autopsy by forensic experts has revealed that she died after being suffocated, while her body was also severely bruised. Police also suspect that she had been given ecstasy.

The Austrian EU and Chancellery Minister Karoline Edtstadler has described the killing as a "barbaric murder".

After the nationalities of the suspects were revealed, the ruling Austrian People's Party (ÖVP) promised to speed up the deportations of criminal asylum seekers.

"There will be no deportation stop to Afghanistan with me," said Chancellor Sebastian Kurz.

One of the suspects in the murder — aged 18 — has a criminal record for drug offenses and theft and had appealed against his deportation.

Another 16-year-old suspect is an asylum seeker, the authorities say and has remained silent during police questioning.

Austria's police chief Franz Ruf announced that a third suspect was detained at an underground station on Wednesday evening, but gave no further details.

On Thursday, minister Edtstadler held a meeting with experts to discuss the killing and how to ensure refugees that commit criminal offenses will be repatriated faster.

But the ÖVP stance on deportations has been criticized by the coalition party, Die Grünen.

Austria has previously urged the European Commission to increase their efforts on implementing a rigid repatriation regime and to establish firmer border controls on migration. — Euronews

These were the details of the news Murder of Austrian teenage girl sparks row over deportations policy for this day. We hope that we have succeeded by giving you the full details and information. To follow all our news, you can subscribe to the alerts system or to one of our different systems to provide you with all that is new.