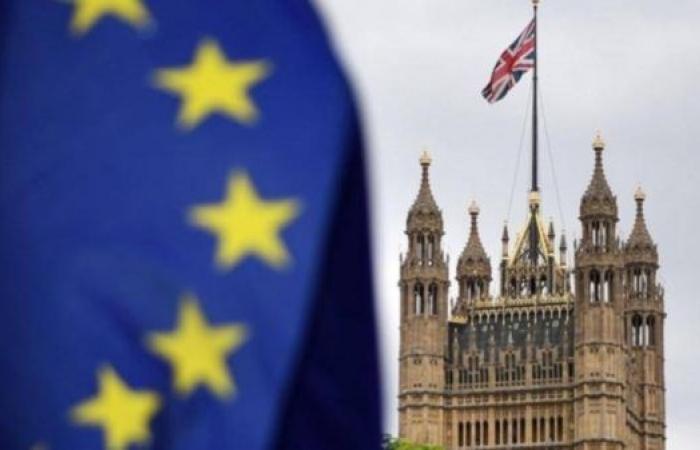 We show you our most important and recent visitors news details EU, UK agree temporary truce over 'sausage war' in the following article

Hind Al Soulia - Riyadh - BRUSSELS — Brussels and London have struck a temporary truce over their "sausage war," announcing on Wednesday that they had agreed to extend a grace period for chilled meat exports between Great Britain and Northern Ireland.

The grace period, which the UK requested, will run until Sept. 30.

"The purpose of this additional period is to allow stakeholders, and in particular supermarkets in Northern Ireland, to complete the adjustment of their supply chains," the European Commission said in a statement, stressing, however, that it is "subject to strict conditions."

The Northern Ireland Protocol agreed by London and Brussels as part of their Brexit divorce demands that checks be carried out on certain goods traveling between Great Britain and Northern Ireland.

The British province has remained inside the EU's customs union in an effort to protect the Good Friday Agreement that put an end to decades of sectarian violence, effectively creating a border in the Irish Sea.

London has threatened to unilaterally extend the protocol's grace period until 2023, which Brussels has categorically rejected.

The EU has warned London that its patience is "wearing very, very thin" over the implementation of the Northern Ireland Protocol and that any such move would force it to act "swiftly, firmly and resolutely" to protect its interests and the Withdrawal Agreement.

Lord Frost, the UK's Cabinet Minister, said in a statement that the government is "pleased we have been able to agree on a sensible extension on chilled meats moving from Great Britain to Northern Ireland — one that does not require rules in the rest of the UK to align with future changes in EU agri-food rules."

He further described it as "a positive first step" but stressed that a permanent solution still needs to be agreed upon.

"This is a very clear sign that the Protocol has to be operated in a pragmatic and proportionate way. The chilled meats issue is only one of a very large number of problems with the way the Protocol is currently operating, and solutions need to be found with the EU to ensure it delivers on its original aims: to protect the Belfast (Good Friday) Agreement, safeguard Northern Ireland’s place in the United Kingdom, and protect the EU’s single market for goods.

"We look to work energetically with the EU to do so," he added.

The Commission also said on Wednesday that it had put forward "creative solutions" to ensure the continued long-term supply of medicines from Great Britain to Northern Ireland which involves the 27-country bloc changing its own rules.

It has also unveiled measures to facilitate the movement of guide dogs accompanying persons traveling between the two territories as well as livestock and waived the obligation for UK drivers to show a motor insurance Green Card when crossing the border with Ireland.

Maroš Šefčovič, the EU's co-chair of the Joint Committee, said that the Commission's work "is about ensuring that the hard-earned gains of the Good Friday (Belfast) Agreement — peace and stability in Northern Ireland — are protected while avoiding a hard border on the island of Ireland and maintaining the integrity of the EU Single Market."

"Therefore, we have spared no effort in trying to mitigate some of the challenges that have arisen in the implementation of the Protocol. Today's package of practical solutions clearly demonstrates that we are firm on the implementation but continue to work hard for the benefit of the people of Northern Ireland," he added.

These were the details of the news EU, UK agree temporary truce over 'sausage war' for this day. We hope that we have succeeded by giving you the full details and information. To follow all our news, you can subscribe to the alerts system or to one of our different systems to provide you with all that is new.