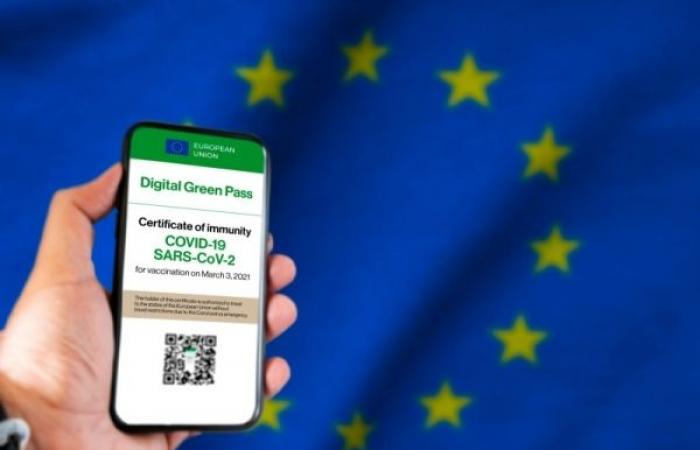 Its aim is to enable people to travel more freely for work and travel throughout member states by reducing paperwork and doing away with quarantine.

But the launch comes under the cloud of the Delta variant and EU countries, still divided over travel policy, are enforcing their own policies. The airline industry has warned of chaos at airports in the summer unless there is better coordination.

The document — available in either digital or paper form — will include information about vaccination, tests and recovery from the disease. EU citizens will be able to obtain the pass if they have, at least, one of the three elements. Both PCR tests and antigen tests will be admitted.

The "EU Digital COVID certificate (EUDCC)," as it is officially known, is free and should be recognized by all 27 EU countries as well as Switzerland, Liechtenstein, Iceland and Norway.

The EU is in talks with several other countries, such as the United Kingdom and the United States, over mutual recognition and operation of COVID-related documents.

According to the European Commission, all member states should be in a position on Thursday to issue and accept the pass -- apart from Ireland, which could be late in doing so because of cyberattacks.By Wednesday evening, 21 EU nations were already connected to the system's network and the six others were technically ready. Some countries already began using the new health certificate in June.

The pass applies in three situations: it attests whether a person has been vaccinated against COVID-19, whether they have had a recent negative test, or whether they are considered immune having previously contracted the disease. Proof of a positive PCR test will be needed.

A gradual implementation period is foreseen, with a grace period running until Aug. 12 for countries not ready on July 1. During this period, other states should accept national documents on the condition they contain data required at the European level.

They can also — though this is not compulsory — also admit people inoculated with vaccines authorized in some EU countries, such as the Russian Sputnik V in Hungary, or with products approved by the World Health Organisation (WHO), such as the Chinese Sinopharm.

The certificate is supposed to do away with the need for a supplementary test or quarantine upon arrival in another country. However, it is still possible for a member state to introduce restrictions if the sanitary situation of the country or the region the traveler has come from is deteriorating.

In this case, the destination country should inform the Commission and other EU countries if possible 48 hours before restrictions come into force.

The Delta variant has already led Germany to add Portugal — where the variant has become dominant — to its list of countries at risk, which practically bans all arrivals coming from this state. Information on conditions set by individual states is available on the "Re-open EU" website.

Europe's air travel industry warned earlier this week that the EU's plans for a digital COVID certificate were still "fragmented".

Groups representing the continent’s largest airlines and airports have expressed fresh concerns that there will be long queues for travelers unless countries better coordinate the rollout of the certificate.

The letter of warning to EU leaders was signed by airports group ACI Europe, as well as airlines representative bodies A4E, IATA and ERA.

"Certificate verification will undermine smooth summer travel for EU passengers," they said in a joint statement. "As passenger traffic increases in the coming weeks, the risk of chaos at European Airports is real."

"Duplicate checks and lack of verification tools provided to airlines will cause unnecessary airport queues and longer processing times if not addressed by the member states." — Euronews

These were the details of the news EU digital COVID-19 travel certificate officially comes into force for this day. We hope that we have succeeded by giving you the full details and information. To follow all our news, you can subscribe to the alerts system or to one of our different systems to provide you with all that is new.