US military 'days away' from completing pullout from Afghanistan 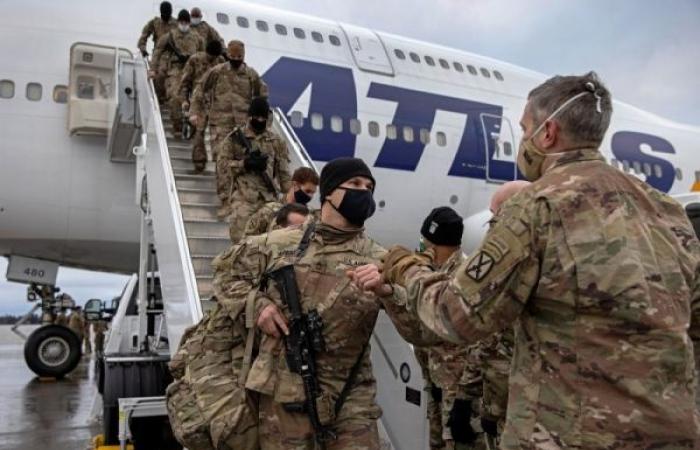 Hind Al Soulia - Riyadh - WASHINGTON — The United States could complete its troop withdrawal from Afghanistan within days, according to multiple US officials, making this a critical week in President Joe Biden's campaign to end America's longest war even as US military officials warn the country could devolve into civil war.

A formal conclusion this week to the US military withdrawal, or retrograde, would mark an astonishingly quick end to a process that Biden initiated in April when he ordered the military to leave by Sept. 11. As many as 1,000 US troops could remain in the country after the formal withdrawal to assist in securing the US Embassy in Kabul and the city's airport, a senior administration official told CNN, and it is now unclear how long NATO troops will remain.

A defense official insisted on Tuesday that the number of US troops in Afghanistan for embassy protection and airport security would not exceed 650 for now.

"This week could be a critical week in the withdrawal and end of the retrograde process," a different defense official said.

Pentagon spokesman John Kirby said the US withdrawal will not necessarily mean the end of NATO's Resolute Support mission in Afghanistan, despite NATO's decision in April to start and complete its own troop drawdown within a few months.

"It is my understanding with the completion of the retrograde of US forces, retrograde, withdrawal, of US forces from Afghanistan, with accepting, of course, whatever is left behind to protect our diplomatic presence, that that does not necessarily mean the end of Resolute Support," Kirby told reporters Tuesday. He added, "Really, that is a question better posed to NATO."

US officials say there were some 2,500 US troops in Afghanistan, plus hundreds of additional special forces who are not publicly acknowledged when Biden made his decision in April to withdraw them.

It was earlier reported that about 650 of those troops will provide security for the US Embassy in Kabul. The rest are expected to be at the international airport in Kabul to provide additional security until a Turkish military presence at the airport is finalized.

As the Taliban take control of districts across the country, US intelligence assessments have suggested the country's civilian government could fall to the militant group within months of US forces withdrawing. The top US general there, Austin Miller, warned Tuesday that the worsening violence could lead to civil war, according to news reports.

"Civil war is certainly a path that can be visualized," Miller told The New York Times in an interview. "That should be a concern for the world."

Biden acknowledged the growing challenges last Friday during a visit from President Ashraf Ghani, noting the "senseless violence" and saying, "It's going to be very difficult," but he is not rethinking his plans to withdraw US troops, White House press secretary Jen Psaki said Tuesday., The President's view remains unchanged that it is time to end the war and that prolonging the US presence would just put American troops at heightened risk.

"The decision the president made to withdraw troops from Afghanistan is consistent with his view over the last 20 years about the war," Psaki told reporters aboard Air Force One on Tuesday.

"But he also made that decision because it was made clear, given the timeline set by the prior administration, that if we did not withdraw our troops, US men and women would be facing fire on the ground," she said. "And that was not something, as the commander in chief, he felt was acceptable. And hence we are on this timeline we are on, by September."

Psaki made reference to the intelligence assessments about Afghanistan's security on Tuesday and said the US remained committed to retaining "a presence on the ground" to guard diplomatic facilities.— CNN

These were the details of the news US military 'days away' from completing pullout from Afghanistan for this day. We hope that we have succeeded by giving you the full details and information. To follow all our news, you can subscribe to the alerts system or to one of our different systems to provide you with all that is new.