Unilateral ceasefire in Tigray region could be positive step — Price 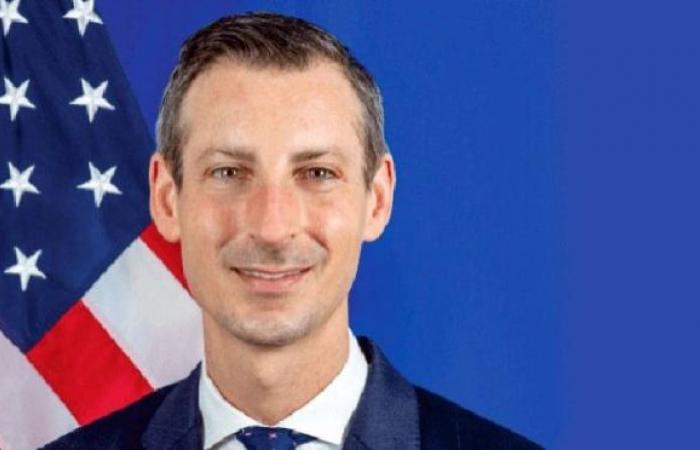 Hind Al Soulia - Riyadh - WASHINGTON — The US said late Tuesday that a unilateral ceasefire in Ethiopia's Tigray region "could be a positive step if it results in changes on the ground," calling on all parties "to commit to an immediate, indefinite, and negotiated ceasefire."

State Department Spokesperson Ned Pride said in a statement "We are closely monitoring developments. We call on all parties to commit to an immediate, indefinite, negotiated ceasefire, so as to end the violence, restore stability to Tigray, and create a context for an inclusive dialogue that preserves unity, sovereignty, and territorial integrity of the Ethiopian state."

He added, "We urge all parties to adhere strictly to international humanitarian law and commit to unhindered humanitarian access and independent mechanisms for accountability for human rights violations and abuses."

"We continue to call for the immediate, verifiable withdrawal of all Eritrean forces from Ethiopian territory, a necessary step for an effective, sustainable ceasefire and in accordance with the Ethiopian government's March commitment to do so," he continued.

He affirmed "our paramount priority is addressing the dire humanitarian situation. The United States stands ready to work with the Ethiopian government, Tigrayan authorities, the United Nations, and other international partners to expedite the delivery of life-saving food assistance, including to the estimated 900,000 people likely already experiencing famine conditions."

"In this regard, we urge the Ethiopian authorities to immediately restore telecommunication services in Tigray and permit unhindered freedom of movement for and ensure the safety and security of humanitarian organization personnel," he concluded.

On Monday, the Ethiopian government declared an "immediate and unilateral ceasefire" in the Tigray region after about eight months of the war.

But rebel forces in the war-torn Ethiopian region of Tigray have rejected a ceasefire offer from the central government, raising fears of further violence a day after the fighters retook the regional capital Mekelle.

The recapture of the city by Tigrayan fighters and the retreat of Ethiopian government troops on Monday marked a stunning about-turn in the country's devastating eight-month civil war.

In the wake of Mekelle's capture, the Ethiopian government announced a unilateral ceasefire for several months. But on Tuesday, Tigrayan forces categorically ruled out a truce, with a spokesman for the Tigray People's Liberation Front (TPLF) saying their forces would not rest until the Ethiopian military and its allied forces had left the entire region.

"We are not party to and will not be part of such a joke," Getachew Reda said in a telephone interview, reacting to the government's proposal. "The capital is firmly in the hands of our forces," he said, adding that clashes with the Ethiopian army were continuing on Tuesday 30 kilometers east of the capital.

The Ethiopian military has been in control of much of Tigray since last November, when it launched a major assault on the region with the support of Eritrean soldiers and local ethnic militias in an effort to remove the TPLF from power.

The operation was initiated after Ethiopian Prime Minister Abiy Ahmed accused the TPLF of attacking a federal military base in Mekelle, and after Tigray's leaders took the unilateral decision to elect a regional administration.

The armed wing of the TPLF, known as the Tigray Defense Forces (TDF), had steadily been gearing up for the offensive and in recent days kicked off a coordinated push to recapture Mekelle.

The Tigrayan counterattack was a big blow for Abiy Ahmed, who had declared victory in late November last year when Ethiopia's military took control of the city of a half-million people. — Agencies

These were the details of the news Unilateral ceasefire in Tigray region could be positive step — Price for this day. We hope that we have succeeded by giving you the full details and information. To follow all our news, you can subscribe to the alerts system or to one of our different systems to provide you with all that is new.