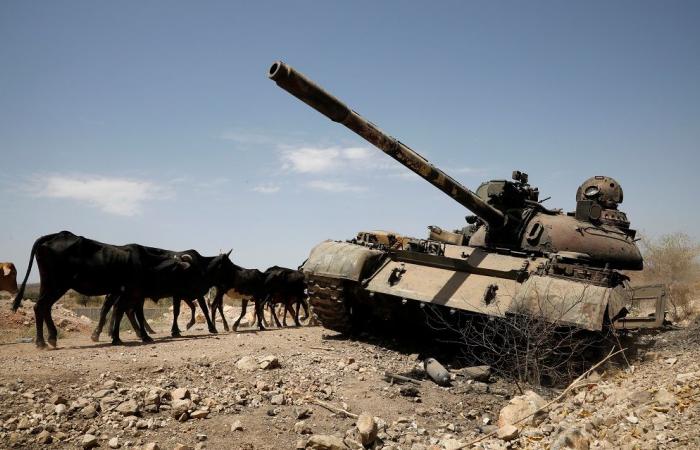 Hello and welcome to the details of Tigray forces seize regional capital, say Ethiopian-led troops are on the run and now with the details

GONDAR (Ethiopia) June 29 — Tigrayan forces said they had Ethiopian government troops on the run around the regional capital Mekelle yesterday after taking full control of the city in a sharp reversal of eight months of conflict.

People in Mekelle, where communications were cut on Monday, said the incoming Tigrayan fighters were greeted with cheers. There were similar scenes on video footage from the northern town of Shire, where residents said government-allied Eritrean forces had pulled out and Tigrayan forces had entered.

“We are 100 per cent in control of Mekelle,” Getachew Reda, spokesman for the Tigray People’s Liberation Front (TPLF), told Reuters yesterday.

There had been some fighting on the outskirts of the city, but that was now finished, he said, adding that he could not confirm the report from Shire.

“Our forces are still in hot pursuit to south, east, to continue until every square inch of territory is cleared from the enemy.”

The ousted TPLF was re-establishing itself in Mekelle and people could walk about again in the streets, he said, declining to be drawn on whether Tigray would now seek independence after a bitter conflict that often targeted civilians.

Reuters was unable to verify his comments because phone links to Mekelle and the rest of Tigray were down. The Ethiopian government declared a unilateral ceasefire on Monday but has not publicly addressed TPLF claims to have taken back Mekelle.

The fighting in Ethiopia’s northern region has killed thousands of people, displaced two million and brought hundreds of thousands to the brink of famine.

The United States said atrocities should end immediately and warned Ethiopia and Eritrea that Washington would be watching closely.

“We will not stand by in the face of the horrors in Tigray,” said Robert Godec, acting assistant secretary of state for the State Department’s Bureau of African Affairs.

State Department spokesperson Ned Price said in a statement the truce declaration could be positive if it led to steps to “to end the conflict, stop the atrocities, and allow unhindered humanitarian assistance.”

He reiterated a call for withdrawal of Eritrean forces from Ethiopian territory as a necessary step for a durable ceasefire.

House Foreign Affairs Committee Chairman Greg Meeks said that if the disaster in Tigray is not abated, “we could witness one of our closest and most powerful allies in Africa march toward civil war and, eventually, a state collapse.”

It was not clear if other parties to the conflict would accept the ceasefire. The Ethiopian military spokesman, Eritrean information minister and Amhara regional spokesperson all said they were unable to comment. Getachew said the ceasefire was a “joke” and hundreds had been killed yesterday in fighting near the border with Afar region. Reuters was unable to confirm the fighting independently.

Over the next few days, TPLF forces will go after troops allied to the government from the neighbouring Amhara region — in the south and west — and from the neighbouring nation of Eritrea in the north and northwest of Tigray, Getachew said, adding they would cross borders in pursuit if necessary.

On Monday evening, when phone links to Mekelle were still open, residents said soldiers had disappeared from the streets and TPLF forces had entered the city. Residents greeted them with flags and songs, witnesses said.

Getachew urged the international community to force the government to allow food and aid into the region, accusing Ethiopian Prime Minister Abiy Ahmed of blocking it.

A spokeswoman for Abiy and the head of a government taskforce on Tigray did not return messages seeking comment on food blockages or Getachew’s other comments yesterday. The government has previously denied blocking food aid and said it provides the majority of food. The United Nations has previously said that soldiers blocked food from TPLF-controlled areas.

Yesterday, residents said Eritrean forces could no longer be seen in Shire, a large town at the junction of several main roads.

“There’s not a single Eritrean in town,” one resident of Shire told Reuters. He sent a short video of residents crowded onto vehicles, beeping wildly and waving a large gold and red Tigray flag.

Another resident in Shire told Reuters “overnight there was a massive movement of Eritrean troops from Axum, Shire to Sheraro direction.” Sheraro is close to the Eritrean border.

Ethiopia is awaiting results of national and regional parliamentary elections held on June 21. Voting was only held in three of the nation’s ten regions due to insecurity and logistical problems.

No voting was held in Tigray where the TPLF, an ethnically based political party that dominated Ethiopia’s national politics for nearly three decades, has been battling the central government since early November. It made major territorial gains in the past week.

The fighting has been punctuated by reports of brutal gang-rapes and mass killings of civilians. At least 12 aid workers have been killed.

At least 350,000 people are facing famine and 5 million others need immediate food aid, the United Nations has said — the worst global food crisis in a decade.

Last week, an Ethiopian military air strike on a crowded market killed at least 64 people and wounded 180. Doctors said women and children were among the dead and wounded and that Ethiopian troops prevented ambulances from reaching the scene for more than a day. The military said all the victims were combatants. — Reuters

These were the details of the news Tigray forces seize regional capital, say Ethiopian-led troops are on the run for this day. We hope that we have succeeded by giving you the full details and information. To follow all our news, you can subscribe to the alerts system or to one of our different systems to provide you with all that is new.