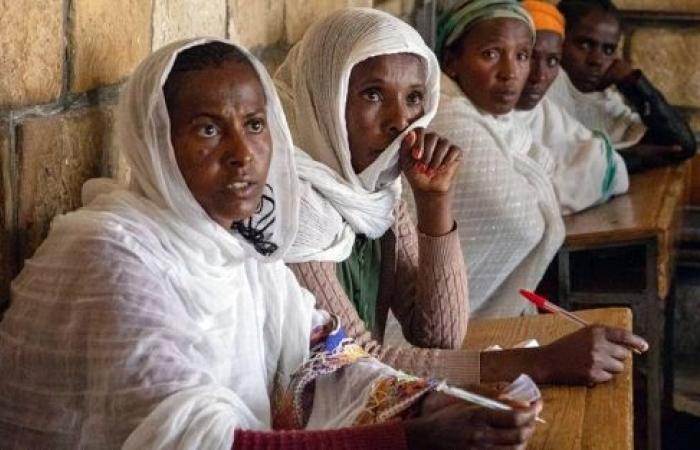 We show you our most important and recent visitors news details Hospitals barely functioning, famine still looming in Ethiopia’s Tigray region in the following article

Hind Al Soulia - Riyadh - MEKELLE — UN humanitarians expressed concern on Tuesday at the uncertain situation in Ethiopia's conflict-ravaged Tigray region despite a ceasefire call from the government, highlighting the ongoing famine-like conditions there and the potential for disease outbreaks.

The development follows Monday’s reported entry into regional capital, Mekelle, of forces loyal to the opposition, after nearly eight months of heavy fighting.

In response to the pillaging of video equipment in Mekelle, UN Children’s Fund UNICEF on Monday, issued a statement denouncing those responsible, citing Members of the Ethiopian National Defense Forces.

Earlier this month, the agency warned that 140,000 children are acutely malnourished and at risk of dying, unless aid access is forthcoming.

“We have seen reports that have come in and UNHCR is extremely worried about the latest developments inside Tigray, particularly in the capital Mekelle,” said Boris Cheshirkov, spokesperson for the UN Refugee Agency (UNHCR).

“Although we are thankful that our staff are all safe and accounted for, we are concerned about the lack of communication, as both electrical power and phone networks are not functioning.”

This made it “even more difficult for our staff to work and deliver humanitarian assistance”, Cheshirkov explained.

“We call for calm and restraint and appeal to all parties to the conflict to abide by international law to protect civilians, including people who have been displaced and to ensure that humanitarian workers can continue to exercise their duties and reach as many people as they can...in need of vital assistance right now.”

Echoing those concerns, World Health Organization (WHO) spokesperson Tarik Jasarevic said that the UN agency was “taking measures to reinforce the security and wellbeing of our staff, but at the same time we are continuing to deliver activities where it is possible to do so”.

“We are obviously concerned about (the) potential for cholera, measles and malaria outbreaks in the region”, the WHO spokesperson said. “In addition, the Tigray region is also located in the meningitis belt and it is at risk of yellow fever outbreaks.”

After eight months of conflict between Ethiopian Government troops and those loyal to the dominant regional force, the Tigray People’s Liberation Front (TPLF), hospitals “are barely functioning”, people continue to be displaced and famine is “looming”, Jasarevic insisted.

There is also a serious danger of communicable and vaccine-preventable diseases spreading owing to a lack of food, clean water, safe shelter and access to health care. This risk is “very real”, the WHO official said. “All these factors combine — are literally a recipe — for larger epidemics.” — UN News

These were the details of the news Hospitals barely functioning, famine still looming in Ethiopia’s Tigray region for this day. We hope that we have succeeded by giving you the full details and information. To follow all our news, you can subscribe to the alerts system or to one of our different systems to provide you with all that is new.