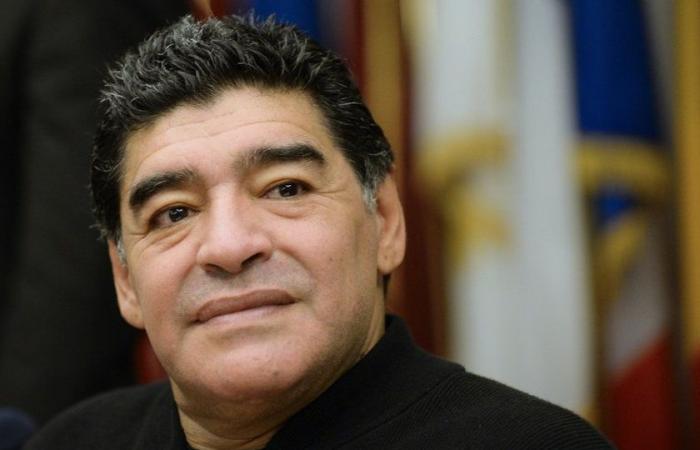 Hello and welcome to the details of Maradona’s doctor ‘not in charge’ of icon’s final days, says lawyer and now with the details

BUENOS AIRES, June 29 ­— Diego Maradona’s personal physician denied through his lawyer yesterday any responsibility for the football icon’s death, in which he and six other medical personnel are being investigated for manslaughter.

Neurosurgeon Leopoldo Luque, 39, appeared before Buenos Aires prosecutors to answer to claims that he and other caregivers had neglected Maradona in his final days, precipitating his death.

Luque will “explain that he was not in charge of (Maradona’s) home care” as he recovered from brain surgery for a blood clot, the doctor’s lawyer, Julio Rivas, said on the sidelines of the hearing yesterday.

Maradona, 60, was found dead in bed last November, two weeks after the surgery, in a rented house in an exclusive Buenos Aires neighbourhood to where he was brought after being discharged from hospital.

He was found to have died of a heart attack.

“I see no responsibility either in Agustina or in Leo” for Maradona’s death, Rivas said of Luque and co-accused psychiatrist Agustina Cosachov, 36.

Other members of the team have said the duo was in charge of the retired footballer’s care.

Luque’s questioning closes a two-week process of interrogation. He and the other six have appeared one by one to defend themselves against the accusations.

A judge will next decide whether to order a trial, in a process that could take years. The suspects risk between eight and 25 years in jail if found guilty.

An investigation was opened following a complaint filed by two of Maradona’s five children against Luque, whom they blame for their father’s deterioration after the operation.

A panel of 20 medical experts convened by Argentina’s public prosecutor said last month that Maradona’s treatment was rife with “deficiencies and irregularities.”

The panel concluded he “would have had a better chance of survival” with adequate treatment in an appropriate medical facility.

The board found the team had provided inadequate care and abandoned the idolised player to his fate for a “prolonged, agonising period.”

Luque, who has described the sporting legend as a friend, arrived at the prosecutor’s office in San Isidro, Buenos Aires, in a dark suit and tie and dark glasses an hour before his hearing was due to start yesterday.

He made no statement to waiting journalists.

Judicial sources told AFP his lawyers had submitted a document to prosecutors ahead of the hearing that is expected to last several hours.

He is not obliged to answer questions, but Rivas said yesterday that he will.

Luque has repeatedly denied guilt and recently said, “I’m proud of what I did” to assist the patient, denying he had abandoned him.

“I did my best. I offered Diego everything I could: some things he accepted, others not,” he said in a recent interview.

The doctor said Maradona had been depressed in his final days.

“I know that the (coronavirus) quarantine hit him very hard,” Luque has said.

Maradona appeared in public on October 30 last year at an event to mark his 60th birthday, visibly weakened and appearing to be having difficulty speaking and walking.

Duque ordered him hospitalised, which is when the blood clot was discovered.

Discharged from hospital after surgery, Maradona was confined to home care, but some of his medical team have told prosecutors the house lacked medical equipment.

“In the end, there were many warning signs that Maradona was going to die, give or take a day. And none of the doctors did anything to prevent it,” attorney Rodolfo Baque said at the time.

All have denied responsibility.

Maradona had battled cocaine and alcohol addictions for years.

The former Boca Juniors, Barcelona and Napoli star suffered from liver, kidney and cardiovascular disorders when he died.

Maradona became an idol to millions of Argentines after he inspired the South American country to only their second World Cup triumph in 1986.

His death shocked fans around the world, and tens of thousands queued to file past his coffin, draped in the Argentine flag, at the presidential palace in Buenos Aires amid three days of national mourning. — AFP

These were the details of the news Maradona’s doctor ‘not in charge’ of icon’s final days, says lawyer for this day. We hope that we have succeeded by giving you the full details and information. To follow all our news, you can subscribe to the alerts system or to one of our different systems to provide you with all that is new.