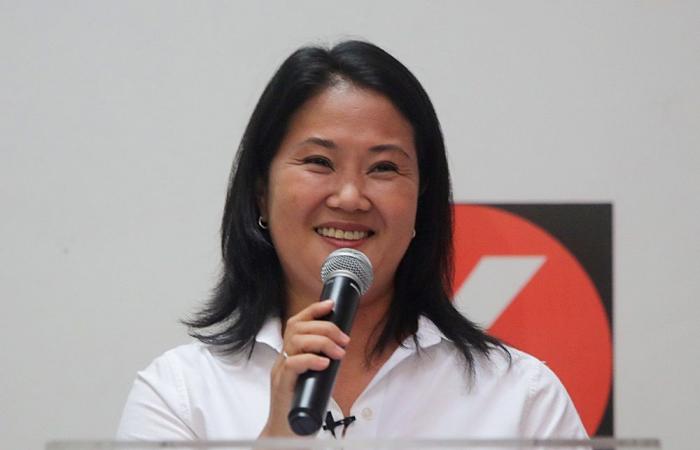 Fujimori, who alleged vote fraud as rival Pedro Castillo took the lead in the ballot count, risks an imminent trial on corruption charges that would be delayed until after her term if she were to win the presidency.

Yesterday, she delivered a letter to interim President Francisco Sagasti, urging him to seek an election audit from “international organisations.”

An independent entity, she told journalists, should review the voter rolls, voting records and other documentation to “determine whether the results processed... represent an accurate reflection of the popular will.”

The United States, European Union and Organisation of American States have said the election was free and fair, and have hailed the work of both the ONPE electoral body that organised the election and the vote count, and the JNE jury reviewing disputed votes.

The JNE must ultimately declare the winner — a process that has been stalled for more than three weeks now by Fujimori’s challenge to thousands of votes.

Supporters of both candidates have held demonstrations recently, with Fujimori supporters calling for new elections and backers of Castillo seeking an end to the suspense.

The JNE had to halt its vote review work when one of its four judges “declined” to continue his duties, claiming the panel had pre-judged the matter in Castillo’s favour.

A new judge has since been appointed and the review resumed. — AFP

These were the details of the news Peru’s Fujimori seeks international vote audit for this day. We hope that we have succeeded by giving you the full details and information. To follow all our news, you can subscribe to the alerts system or to one of our different systems to provide you with all that is new.