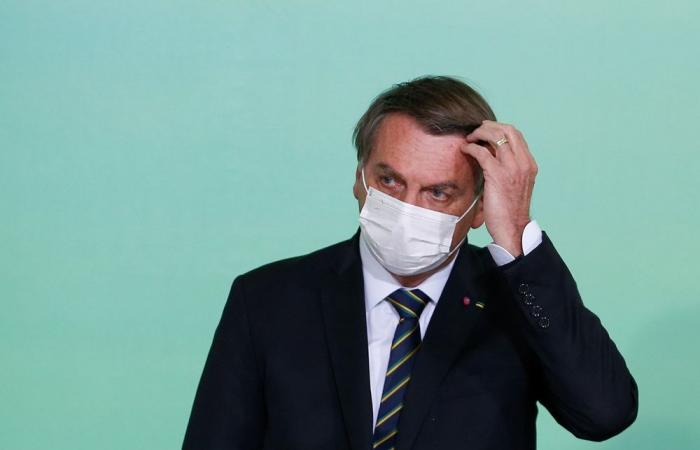 BRASÍLIA, June 29 — Three Brazilian senators formally accused President Jair Bolsonaro of malfeasance before the Supreme Court yesterday over allegations he failed to have a top ally investigated for suspicions of massive corruption in the purchase of Covid-19 vaccines.

“I filed a criminal complaint today with the Supreme Court because of the serious accusation that the president took no action after being notified of a gigantic corruption scheme at the health ministry,” said opposition Senator Randolfe Rodrigues, the commission’s deputy chair.

A criminal case against Bolsonaro before the Supreme Court could see him removed from office — though Prosecutor General Augusto Aras, an ally, would have to bring charges.

More immediately, the case risks damaging Bolsonaro politically at a time when his support is dwindling and polls place him far behind leftist ex-president Luiz Inacio Lula da Silva heading into elections next year.

The allegations emerged when a Singapore-based firm now suspected of being a shell company billed the Brazilian health ministry US$45 million for yet-to-be-delivered doses of Covaxin, which did not have regulatory approval in Brazil.

He refused to sign off on the advance payment, given that Brazil’s contract for Covaxin did not mention any firm in Singapore and said payment was to be made on delivery.

Miranda told the Senate inquiry his superiors at the ministry exerted “atypical, excessive” pressure on him to approve the transaction.

He took his concerns to his brother, Luis Miranda, a congressman and Bolsonaro supporter, who arranged a meeting for them with the president.

Congressman Miranda testified Friday that Bolsonaro told them at the March 20 meeting he suspected the Covaxin deal was a corrupt scheme set up by Ricardo Barros, a powerful lawmaker who is head of Bolsonaro’s coalition in the lower house.

Congressman Miranda said Bolsonaro told him he would order the police to investigate, but never did.

Other irregularities in Brazil’s Covaxin deal soon emerged, forcing the administration to cancel it under pressure.

According to newspaper Estado de Sao Paulo, the vaccine’s manufacturer, Bharat Biotech, initially quoted a price of US$1.34 a dose.

But Brazil agreed to pay US$15 a dose, more than for any other vaccine it purchased.

The scandal could mark a turning point in the Senate investigation, which has already been damaging for Bolsonaro.

For two months, a parade of witnesses have testified how the far-right leader and his government blatantly flouted expert advice on containing Covid-19, which has now claimed more than half a million lives in Brazil, second only to the United States.

Bolsonaro minimized the virus as a “little flu,” fought lockdowns, questioned face masks and rejected various offers of vaccines — including shots that were cheaper and more effective than Covaxin — meanwhile pushing unproven drugs such as chloroquine and urging Brazilians to get back to work.

Now, however, he faces accusations his pandemic response has been not only inept, but criminal.

The polarizing president already faces more than 100 impeachment requests in Congress, but has been shielded so far by his alliance with the powerful “Centrao,” a loose coalition of conservative parties.

Barros, the congressman now suspected of masterminding the Covaxin deal, is a top figure in that coalition. — AFP

These were the details of the news Brazil senators file case against Bolsonaro for malfeasance for this day. We hope that we have succeeded by giving you the full details and information. To follow all our news, you can subscribe to the alerts system or to one of our different systems to provide you with all that is new.