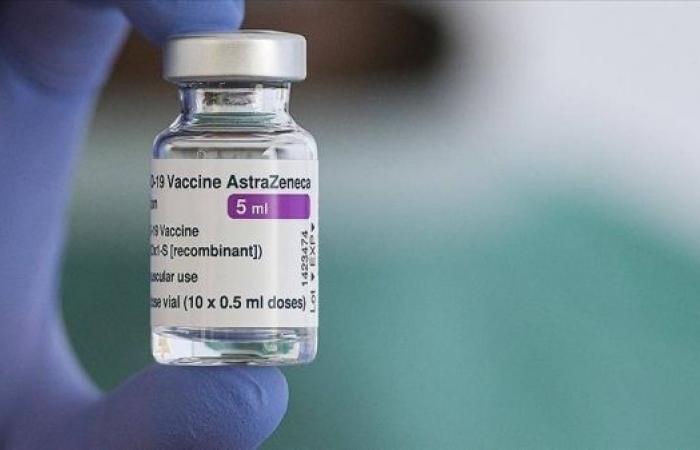 We show you our most important and recent visitors news details AstraZeneca vaccine immune response higher with longer gap, third dose in the following article

Hind Al Soulia - Riyadh - BRUSSELS — An interval of up to 10 months between the first and second doses of the AstraZeneca/Oxford University vaccine increases protection against COVID-19, a new study has found.

Researchers from the Oxford Vaccine group said on Monday that an inter-dose period of up to 45 weeks resulted in increased levels of antibodies and enhanced immune response.

Professor Andrew Pollard, Lead Investigator of the Oxford University trial of the vaccine, said the study "should come as reassuring news to countries with lower supplies of the vaccine, who may be concerned about delays in providing second doses to their populations."

Back in February, the Oxford Vaccine Group had already found that a delay of up to three months leads to a higher immune response than after a six-week inter-dose period.

The latest study also showed that a third "booster" dose given six months after the second dose leads to "a substantial increase in antibodies" and to induce "a strong boost to an immune response against SARS-CoV-2, including variants," researchers from the Oxford Vaccine group said on Monday.

Researchers found that antibodies "increased significantly" after a third dose and that "T-cell response and the immune response against variants were also boosted."

"It is not known if booster jabs will be needed due to waning immunity or to augment immunity against variants of concern," Associate Professor Teresa Lambe, lead senior author of these studies, said, flagging that the third dose was "well-tolerated and significantly boosts the antibody response."

"This is very encouraging news if we find that a third dose is needed," she added.

Incidents of side effects were also found to be lower after second and third doses than after first doses.

The AstraZeneca/Oxford University vaccine is one of four COVID-19 jabs approved so far by the European regulator but several member states have either stopped administering it or limited its use to older age groups over reports of serious blood clot events. — Euronews

These were the details of the news AstraZeneca vaccine immune response higher with longer gap, third dose for this day. We hope that we have succeeded by giving you the full details and information. To follow all our news, you can subscribe to the alerts system or to one of our different systems to provide you with all that is new.