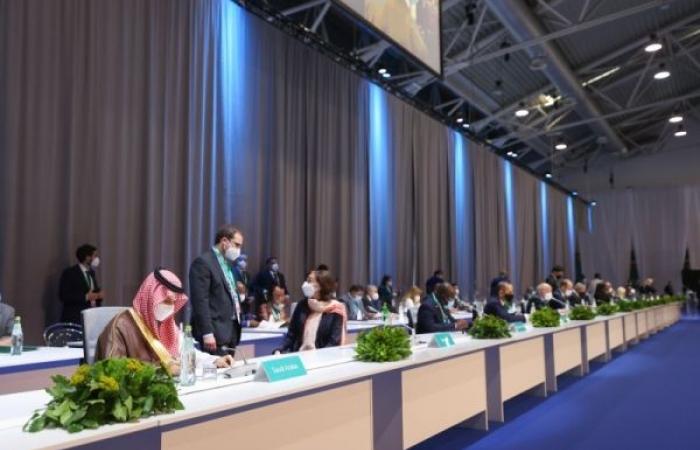 We show you our most important and recent visitors news details World powers, Mideast countries call for inclusive political solution to Syrian crisis in the following article

Following their meeting on the sidelines of the ministerial meeting of the Global Coalition to Defeat Daesh (the so-called IS), the ministers in a joint statement underlined the critical importance of meeting humanitarian needs, including life-saving assistance and COVID-19 response for all Syrians in need through all modalities, including through the provision and expansion of the UN cross-border mechanism to which there is no adequate alternative, the ministers and

They also underlined the importance of continued support to Syrian refugees and host countries until Syrians can voluntarily return home with safety and dignity in line with UNHCR standards.

The ministers and representatives welcomed UN Special Envoy Geir Pedersen’s briefing and reaffirmed strong support for UN-led efforts to implement all aspects of UN Security Council resolution, including continued support for an immediate nation-wide ceasefire, the unimpeded and safe delivery of aid, and the Constitutional Committee, as well as fighting against terrorism in all its forms and manifestations.

“Reaffirming the unity and territorial integrity of Syria, we remain committed to continuing working actively to reach a credible, sustainable, and inclusive political solution based on the UN resolution,” the statement added.

“This is the only solution that will bring an end to Syria’s decade-long conflict and guarantee the security of the Syrian people and fulfill their aspirations,” the statement added.

These were the details of the news World powers, Mideast countries call for
inclusive political solution to Syrian crisis for this day. We hope that we have succeeded by giving you the full details and information. To follow all our news, you can subscribe to the alerts system or to one of our different systems to provide you with all that is new.