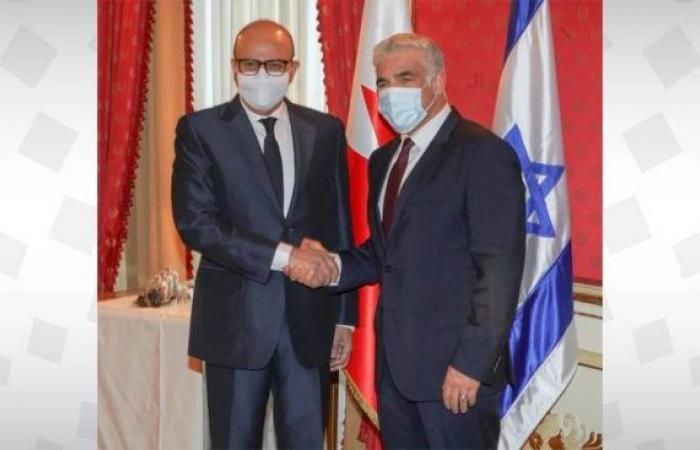 We show you our most important and recent visitors news details Bahrain's foreign minister discusses bilateral ties, Mideast peace with meets with Israeli counterpart in the following article

Hind Al Soulia - Riyadh - ROME — Bahrain's Foreign Minister Abdullatif Al-Zayani met on Sunday with his Israeli counterpart Yair Lapid, on the sidelines of the meeting of the Global Coalition to Defeat Daesh (the so-called IS) in Italy.

Al-Zayani underlined aspects of joint cooperation and ways to develop bilateral ties to meet common aspirations within the framework of the Declaration of Support for Peace signed between the two countries.

He stressed the importance of supporting efforts aimed at achieving peace in the region and fulfilling the aspirations of its people for security, stability, in addition to holding talks in order to solve the Palestinian issue in accordance with the two-state solution and the international resolutions.

The Israeli minister stressed the importance of further developing bilateral relations in the benefit of both countries and people, affirming his country’s keenness to develop joint cooperation with Bahrain across various fields.

The two sides discussed the political and security developments in the region, in addition to issues of common interest at the regional and international levels, including the situation in the occupied Palestinian territories, and efforts being made to de-escalate and maintain the ceasefire in the Gaza Strip. — Bahrain News Agency

These were the details of the news Bahrain's foreign minister discusses bilateral ties,
Mideast peace with meets with Israeli counterpart for this day. We hope that we have succeeded by giving you the full details and information. To follow all our news, you can subscribe to the alerts system or to one of our different systems to provide you with all that is new.

PREV Five killed in gunfire exchanges in south of Beirut
NEXT ‘Bodies on the streets’: Gighting brings death and destruction to Afghan cities